Cheap Seats: Florida Schools Who Could Make The Tourney 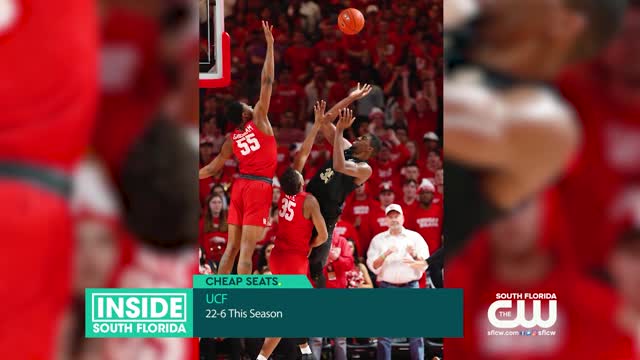 The NCAA tournament starts next week, and even though the teams haven’t been selected yet, here are three Florida schools who figure to make the cut.

FSU finished the regular season ranked 14th in the AP Poll, with a record of 23 and 6. The Noles finished fourth in the ACC in points per game, 5th in steals per game and 6th in blocks per game.

And UF finished the season unranked but 8th in the SEC with a 17-14 record. The Gators were 13th in scoring offense, so they’re not exactly lighting it up either.

Looks like FSU is the Sunshine State’s best chance to make noise in the NCAA tournament.