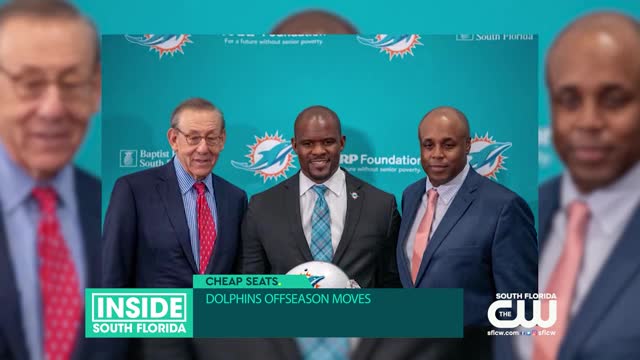 If you haven’t been paying attention to the Fins this offseason, here’s a quick recap of what they’ve been up to. Miami traded defensive end Robert Quinn to the Dallas Cowboys. In return, the Dolphins will receive a 2020 sixth round pick. The move saves Miami around 11 million dollars in salary cap space. Quinn was highly productive for the Rams but underachieved for the Fins last season, only putting up 6.5 sacks.

Miami added wide receiver Ricardo Louis. He didn’t play last season while recovering from a neck procedure. In 2016 and 17 with the Browns, Louis had 45 receptions for 562 yards – but he has yet to reach the end zone in his pro career. It’s a one-year deal and a low-risk movie, but the upside is Louis ran a 4.43 “40” coming out of college and was drafted in the 4th round.