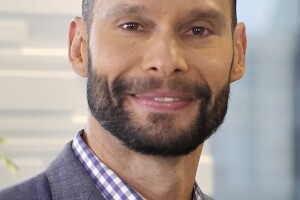 Kirk is the Executive Producer and co-host of Inside South Florida. He was born in Venezuela, raised in Miami and has lived all over the United States as he chased his dream of being a TV journalist. He spent time in Washington State, in New York City where he anchored for the New York Mets and he also lived in Connecticut for four years during his time as an ESPN anchor. Kirk loves to spend time at the beach either surfing, snorkeling or playing and lounging in the sand. He’s a self-described Yogi. Kirk attended the University of Miami where he double-majored in Broadcast Journalism and Political Science. He’s such a big fan of the Hurricanes that if you cut him he will bleed orange and green! Kirk is a proud dad and his favorite person is his son.