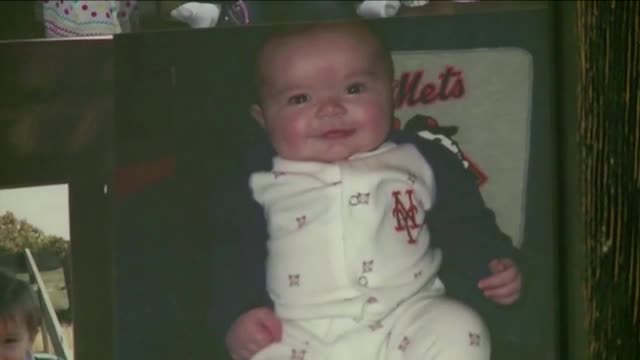 A diner inspired by the pay-it-forward movement created by a former teacher who lost his 22-month-old child in a tragic accident, left a waitress $3,000 as a tip, asking only that the kindness be passed on to someone else in the future.

The whopping 6800% tip was left with a detailed note written on the back. (ReesSpechtLife.com)

The diner, who wishes to remain anonymous, left the 6800 percent tip on his $43.50 tab at a Times Square restaurant with the following message scrawled on the back of the receipt:

"Thank you for your kindness and humility. My teacher in middle school had such a difficult experience a few years ago which has sparked me to do this. My only requirements are:

1.) Go to ReesSpechtLife.com and learn!

3.) Since it's about the idea and not about you, or me, if you decide to share this, don't use either or our names!

Thank you for being around for all of my shows on and off Broadway. I hope that someday someone gives as much love and happiness into the world as you do.

Specht says he started the (ReesSpechtLife.com)

The middle school teacher mentioned in the note is Richard Specht, and the difficult experience his student was referring to was the drowning death of Specht's son, Rees, who fell into a backyard pond as the family prepared the house for Hurricane Sandy.

"My mouth sat agape as (I) stared at a picture attached to her reply that showed a restaurant receipt with a $3,000.00 tip . . . I literally did a double, even triple take," Specht wrote in his blog.  After reading the note and examining the signature, he realized the diner had been his student more than 10 years ago.

"This young man used to come up to my room to talk with me and I remember many of our conversations that we had over the course of that year . . . to think that someone I had a decade ago would honor my little boy or even remember his 8th grade science teacher in such a way blows me away," Specht said.

Out of the tragic 2012 loss of his son came "ReesSpecht Life," a memorial scholarship with the primary goal to "remind people the importance of Community, Compassion and Respect." The message of positivity can be passed on to another person in the form of a free, ReesSpecht Life "Pay it forward card" available on the site.  The cards also ask people to share the story of how they received it with the Spechts.

In a 2013 interview with PIX11, Specht talked about the inspiration that was borne of heartache:

"We decided we were going to pay it forward based on acts of kindness we had received in return, and the idea was to take that name and give it some more meaning with ReeSpecht Life."