Supergirl: It’s the Supergirl, Saturngirl, Livewire and Psy team-up no one expected (S03:E11) 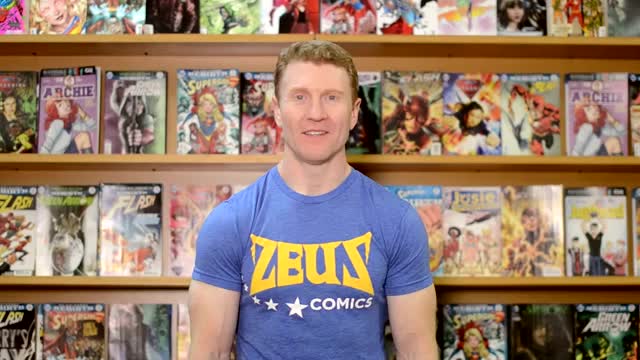 Hello My Supergirl Superfriends! It's Richard from Zeus Comics!

It's the team-up no one expected:  Supergirl, Saturngirl, Livewire and Psy, the telepathic thief! uh oh - that line up is kinda Suicide Squad-ish... Makes me nervous.

Their objective? Break into the Kryptonian prison Fort Rozz to get info from Kryptonian Priestess Jindah Kol Rozz on Reign. Rozz is so feared that the prison was named after her.

The rub? Supergirl tossed Fort Rozz into space at the end of season one and now it's adrift in space near a blue star. So load up the kids in the van we're taking a road trip into deep space! But no menz allowed, the blue star emits a radiation that's deadly to y chromosome. Oh and a blue star also mean Supergirl will be powerless...

Aside: Anyone else notice Supergirl is a bit uh... cavalier in her own justice? Like she totally killed Rhea last season with the lead poison bomb and she pretty much sentenced the Fort Ross prisoners to death by sending them adrift into space. SMH

Speaking of justice #extremejustice, Reign boards her own pod to stop Supergirl from finding Jindah Rozz after Evil-holo-mom tells her Rozz has all the info on the other Worldkillers like Reign. Reign is unable to get to in time to Fort Rozz before Priestess Rozz reveals to Supergirl that there are two more worldkillers: Pestilence and Purity

Not everyone makes it out alive as Reign kills Rozz (bye classic Superman Actor Sarah Douglas - that was too soon IMHO) and Livewire sacrifices herself to save Supergirl. Psy is the unlikely hero as her psychic blast briefly brings the Samantha Arias persona to the fore causing Reign to flee.

Meanwhile back on Earth, Ruby Arias and baby sitter Alex Danvers take on a teen bully and Ruby helps Alex work through more Maggie Sawyer issues... Okay - so I've mentioned this a couple of times: It was Ruby's connection to Samantha that keeps her from going full Reign and I'm predicting that's how Reign will be resolved. I'm also predicting because they're pushing the Ruby/Alex bond so hard that if Samantha doesn't survive Alex will adopt Ruby. Whiiiich could possibly resolve the Alex/Maggie sitch since Ruby is older.

But did the end of the Fort Rozz give us our first peek at the next Worldkiller? "This is Us" actor Krys Marshall joins the cast at musician Julia Freeman but does her survival after a near fatal car accident and show of super-strength give Supergirl a new ally or expose her as a potential worldkiller?

Up next! Morgan Edge jumps back in to cause trouble for Lena and Alex works to help Samantha find her missing memory after Samantha blackout during her Reign-scapade at Fort Rozz.

And will we meet Pestilence or Purity? It's a brand new Supergirl - "For Good."