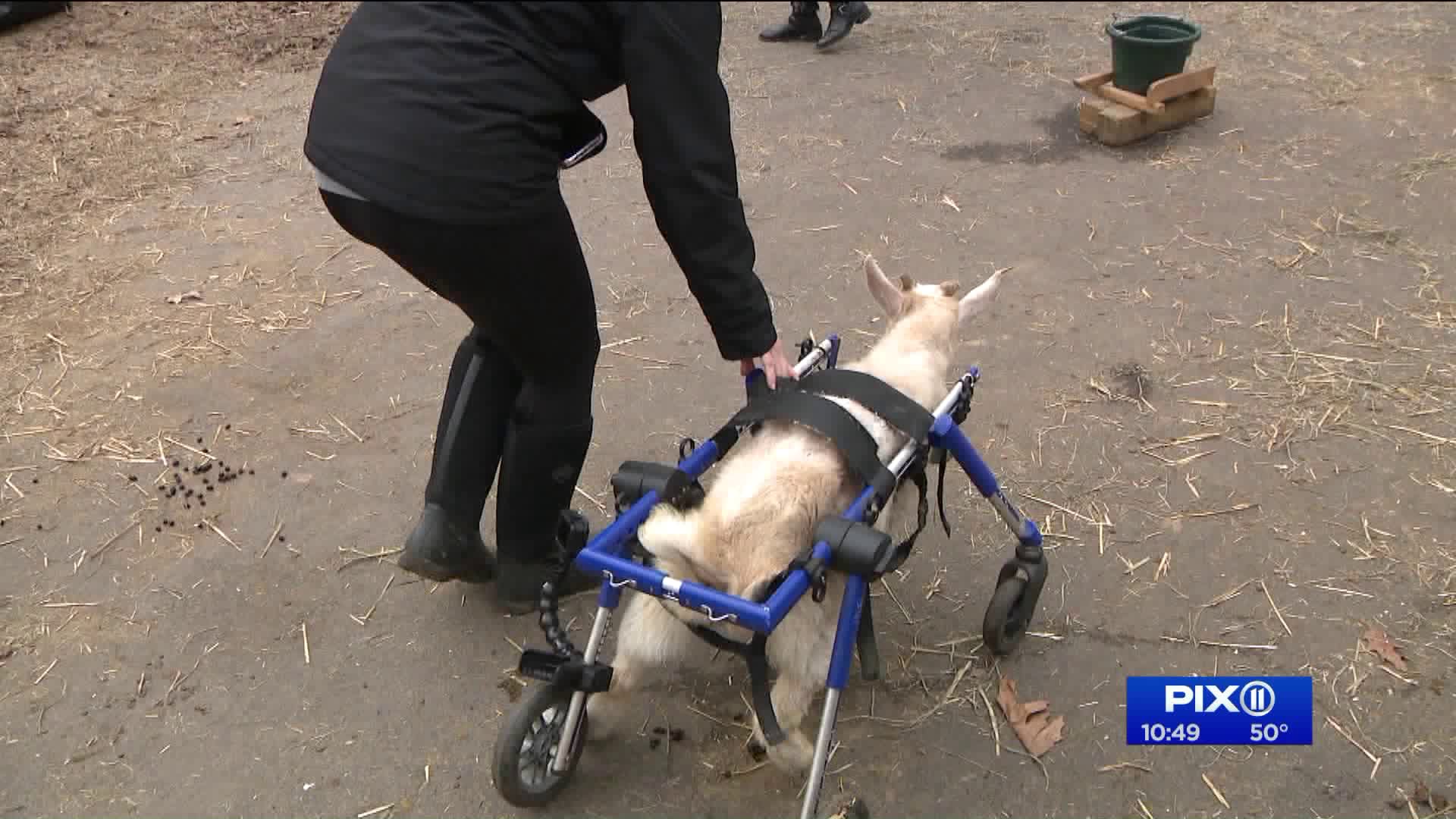 FRANKLIN TOWNSHIP, N.J. — Sixty miles west of New York City, away from the lights, the traffic and the chaos, lies a place where nature calls the shots, hay is a hot commodity and the natives have their own language.

At this New Jersey farm, it’s the goats that run the show. Their caretaker is Leanne Lauricella, a former New York City event planner who, one day in 2014, took a step back, looked at her life and realized she wasn’t doing what she loved.

“I was just so unhappy so I took a leap of faith, quit my job and just started to search for something to do with animals,” she told WPIX.

Jax and Oppie were the first baby goats Lauricella rescued and would be the pair she says “changed everything.”

“That was the beginning of my goat addiction,” she said.

What began as two goats ballooned to what’s now a herd of over 70. The kids call her farm in Franklin Township “home,” while many on Instagram know it as “Goats of Anarchy” -- a hat tip to Lauricella’s favorite show “Sons of Anarchy” on FX.

Mila is getting the hang of being an outside goat. She has braces and a cart to deal with some front limb weakness, but we are hoping it all straightens out when she gets her prosthetic!

“It was actually on my very first day of unemployment when Instagram featured one of our photos on their homepage and that day we got 30,000 new followers,” she said, recalling the day she hit the social media jackpot.

Over half a million followers later, "Goats of Anarchy" is a hit.

“People fall in love with these animals and we tell their stories,” Lauricella said.

The stories range from baby goats losing limbs due to frost bite to physically disabled goats rejected by their mothers. Each gets a second a chance at life with custom-made prosthetics and a lots of love.

“There are a lot of people in this world with disabilities and they still have a quality of life and its just different,” she said. “I’m trying to teach people the same goes for goats and for any animal.”

Helping them get by are volunteers like Jeanne Voorhees, a registered nurse who visits once a week to change limb dressings.

“It’s absolutely worth every bit. You know they feel the pain. I feel the pain for them but I can’t see myself doing anything else,” Voorhees said.

Outside of the risky gamble that paid off by the "goat-load," the one thing Lauricella hopes people take away from her story is the treatment of farm animals.

“They are affectionate, they’re intelligent, they’re sweet, they love to play, and they just happen to have disabilities,” she said. “With animals, don’t be so quick to discard them. Some of them do great and they deserve a chance like people.”