DC’s Legends of Tomorrow: Latest dangers for our Legends as rumors begin for Season 04 (S03:E15) 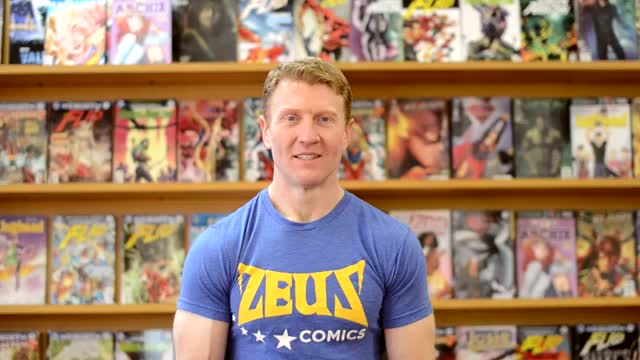 Constantine returns, Ava joins the broken hearts club and not one but two new totem bearers!

The latest danger for our Legends is a collapsing time stream, a blender of sorts that Ray says is as dangerous at Flashpoint. With multiple anachronisms occurring Sara decides to split our legends up. But with our Legends away the Death totem calls out to Sara before she can leave for her own anachronism. Nothing bad is going to happen if she puts on, right? Nah... only a killer new costume and a killer new intention to take down her own team as she's become possessed by Mallus.

After putting Gideon in lockdown via the Nostromo protocol (nice Alien the movie reference), Sara takes down the Legends one by one -- Ray, Wally, Zari. In late moment Aha!, Amaya realizes only a totem can defeat another totem (might've been nice Amaya if you'd remembered this BEFORE Sara took down Zari) so Nate heads out to grab the Earth Totem.

Ava concerned about her last Exorcist-eque holographic conversation with her girlfriend and at the behest of the Legends find and enlists the help of Constantine. Lucky for Nate, because right as Sara is giving Nate an epic beatdown, Ava, Gary and Constantine timedoor into the lockdowned Waverider. Constantine almost wins by luring Mallus close to him after Mallus offers the deceased Astra in exchange for Sara.

Having switched to Plan B moments earlier, Amaya convinces Mick aka Heatwave to wield the Fire totem! And it works! Mick is able to save Constantine and deliver a blow to rendering Sara unconscious. Sara battling Nora in a war of guilt for her past murderous ways across the astral plane, rejects Nora's offer to join Mallus. And while down, Ava is able to coax Sara from across the astral plane back to life.

Faced with her own prior sins and her connection to death, Sara ends her romance with Ava in a heart wrenching ending.

So! Math! Kusasa wields the Water totem, Nora wields Amaya’s Spirit totem, Zari wields the Air totem and now Mick wields the re-stored Fire totem. This leaves the Legends with no one wielding the Earth totem. Aaaaaand do you think Sara has truly given up on the death totem? It was revealed that Death the sixth totem and the sixth lost tribe of Zambesi joined Mallus while the other totems and tribes were the ones to imprison him. Do you think Sara will be called to use the Death totem again to defeat Mallus?

Rumors are spreading that Constantine will return as a Legends regular in season four... buuuuuut Legends hasn't even been renewed yet for next season. Only three episodes left before Legends of Tomorrow Season three ends! Don't leave us hanging CW! And what's this? Our promo gives us a world of Ava Sharpe’s? Rip did mention a secret about Ava history a couple of episodes ago. Is Ava a clone?

Plus, Mick trains with the fire totem and Nate and Wally find an unlikely alliance for another totem. Is it Kusasa? Or maybe Nora? Let’s find out in an all new Legends of Tomorrow, I, Ava!