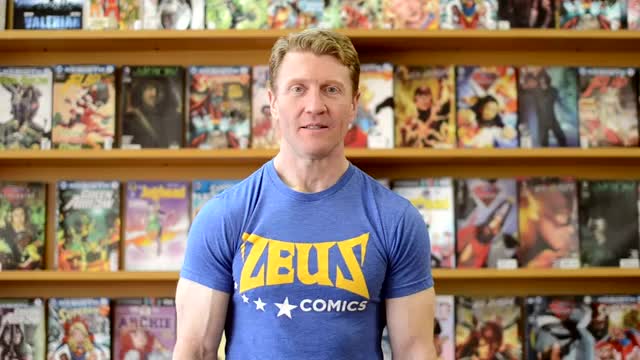 When a new dark matter meta attempts to do the right thing with his power swapping powers, he mistakenly unleashes a new fire villain on central city and the only one who can stop the threat is Iris Allen… the Flash! Which brings me to this weeks Flashpoints:

When medical tech Matthew Kim is confronted by Iris and the Flash, he unknowing gives Barry’s speed powers to Iris. Kim thinks he’s taking meta abilities away not transferring them as such our opening bank robbery scene where Kim takes Erik Fyre’s power get it Fyre, he accidentally gives those fire powers to another central city resident intent on villainy.

Unable to battle the new villain a powerless Barry convinces Iris to suit up! And we get Iris Allen, the Flash! I mentioned this last recap but her purple and white costume is reminiscent of two different descendants of Barry and Iris in the comics: their daughter Dawn Allen one half of the tornado twins and their granddaughter Jenny Ognats aka XS. Is Flash setting up an answer to the mysterious young woman that’s been popping up?

Our sub-plot follows Harry Wells as he develops his own thinking cap to help thwart season long villain the Thinker. It’s a bit of drag on the episode but Team Flash did finally learn the Thinker’s origin via surveillance footage back from the accelerator explosion and Harry came up with the speed solution to dampen out fire villain’s thermo cyclone – It’s an Iris Allen Flash generated tidal wave! And It. Was. Awesome! So comic book. She could suit up every episode if the show gives such a CG effect visual treat every time. But thinking cap Harry that was a dud

One of the big outcomes of this episode was the addition of Matthew Kim aka Melting Point to the team. Most of the dark matter bus metas have been lost to the Thinker. Bye Becky. Bye Fidler. But we are seeing some cohesive pieces forming around team Flash: specifically, Harry’s thinking cap to outsmart the Thinker, Cecile’s pregnancy related telepathy to counter Dominque Thinkers telepathy and Melting Point’s power swapping abilities… the thinker has absorbed a bunch of abilities? Could we see Iris powered up again? Or could this be a way return our other bus metas back to life?

Our new preview gives us a brand-new bus meta and it’s another comic character - Null a villain who has the ability to manipulate gravity fields! And surprise guest appearances by Jay and Silent Bob? Jason Mewes and Kevin Smith cameo as Bob and Jay the security guards! Plus, it’s an episode directed by Kevin Smith himself!

Can our Flash Squad stop this new Jewel thief before she becomes the Thinkers next victim? It’s a new Flash “Null and Annoyed!”