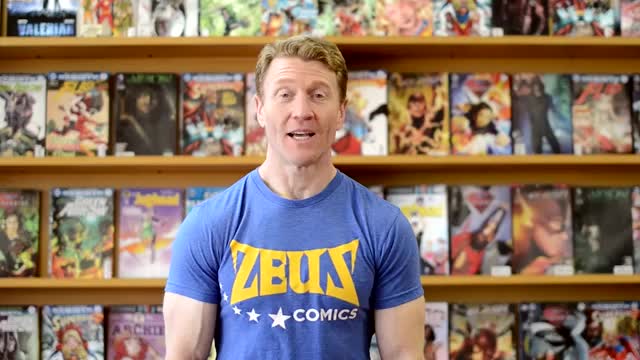 Oliver and Felicity chat. Dinah and Curtis chat. Laurel and Quentin chat. Lyla and John chat. That’s literally my notes for this episode… but then hot damn! Oliver was shouting and Diggle was shouting and I’ve only ever heard them talk in hushed tones for six seasons! Bring it!

We open on a familiar shot of a police van in transport - It’s so common an opening, I had to pause a second to make sure I was on the right episode and right season. In the van are Dinah and her crew of good cops. With secret back up from Arrow and Spartan, Dinah and the cops bust an Anatoly drug deal. But he isn’t held long as DA Armand gets Anatoly released for improper something-some-such-arrest-without-a-warrant -- okay. This move tips off Oliver that Captain Hill and the DA are working with Ricardo 'The Dragon' Diaz. There it is! Someone finally refers to him as 'the Dragon.'

In retaliation, Diaz and Anatoly murder one of the good cops while he’s off duty. Worried she’d marked the other good cops for death, Dinah sequesters them in former Helix HQ slash current Team Outsider base - Is it still Team Outsiders if it’s just two? Black Canary and Mr Terrific? Anyways, Diaz discovers the location and leads a surprise assault and during the attack Curtis jumps in front a bullet meant for potential boyfriend hot cop! Do I need to look up his name? ah - hot cop.

Fortunately for Curtis he was shielded by the Mr Terrific armor he was secretly wearing under his jacket. This does however expose him as a vigilante do-gooder, something hot cop had said he was against moments earlier. Once exposed as Mr Terrific, we’re treated get some T-sphere action and some Dinah busting down a wall canary cry action.

But wait, there’s more! Across town, Arrow and Spartan are taking down Diaz’ Vertigo production facilities! After episode of episode of gang battles, it was hella cool to finally see Team Arrow destroy something - in this case, an entire drug lab. We even get a visual treat of a new trick arrow that splits into individual explosive bullets. Living!

Between the Vertigo bust and the Outsiders HQ raid it was 10 minutes on frantic awesome action! It. Was. Savage. Plus seriously - bullet explosive arrow. Moments later however it was Lilah and John chatting and Dinah and Curtis chatting and Diaz and Laurel chatting - at least Diaz brought her fries. I’ll have a 5 minute conversation with anyone if they bring me fried goods.

Our episode ends with John Diggle quitting Team Arrow once again but we know he’ll be back because Oliver is like that ex you keep going back to. The sex is amazing, but do you really have anything in common? And why am I always picking up the tab?

In a last act, newly-fired Captain Hill and DA Armand exact their revenge by firing all the remaining good cops and demanding Oliver be impeached. Oh and Laurel and Diaz totally kissed! Siren and Dragon sitting in a tree! Is she back on his side? I’m not too convinced…

With John out, is there even a Team Arrow left? Who can he even turn to when he even pushes William and Felicity away? It’s a brand new Arrow - Fundamentals.