After baby hears for first time in viral video, mom works to empower other parents 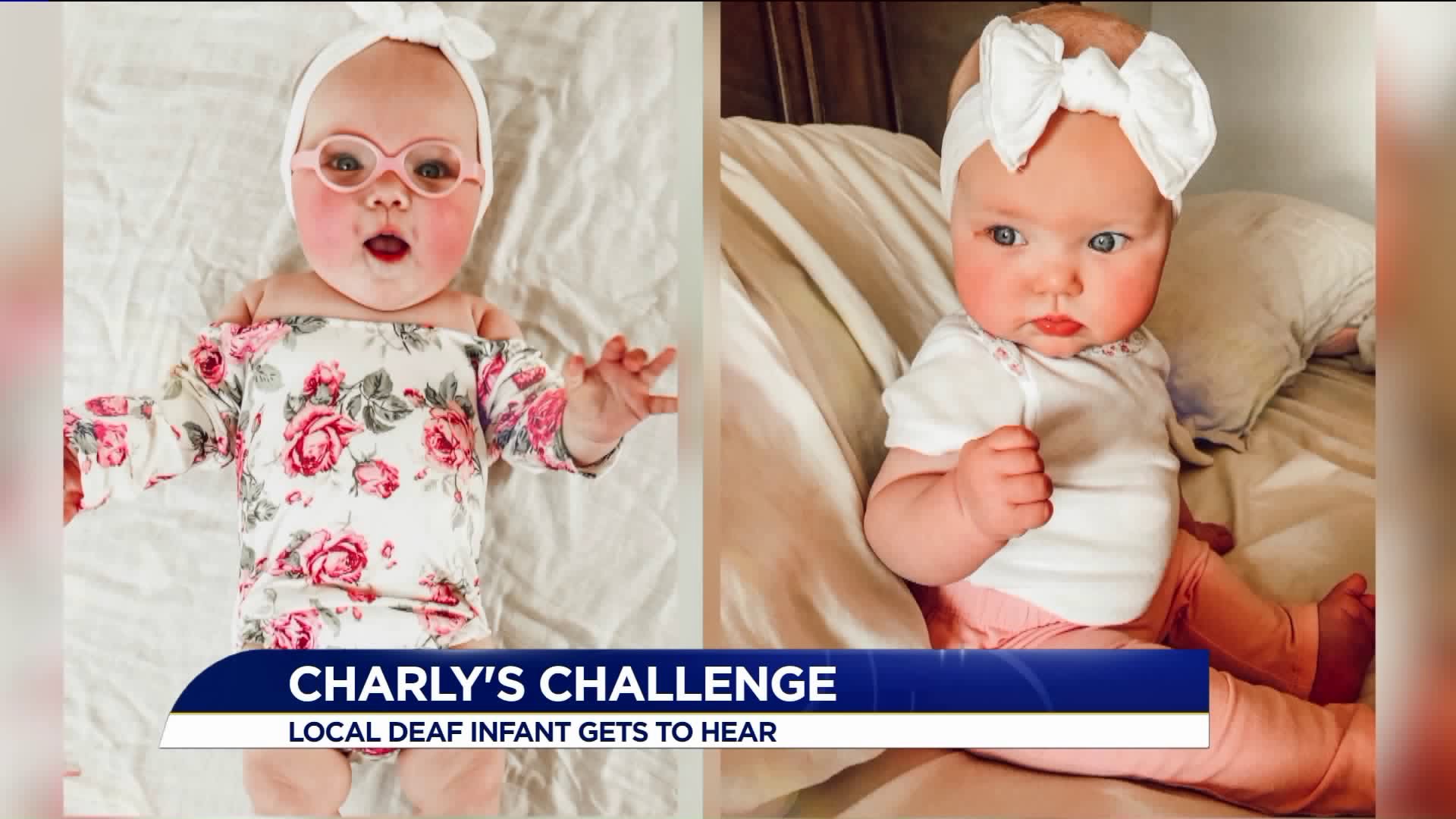 VIRGINIA BEACH, Va. -- The emotional video shows Baby Charlotte, or Charly as she's affectionately known, go from fussing, to a smile, to almost crying as she hears her mother's voice for the first time.

The moment, possible thanks to Charly's cochlear implants, has been viewed more than 12 million times on YouTube.

"I could see in her eyes and her face that she was really, really happy," Christy Keane told WTKR.

When Charly was born, she failed her first hearing test. Christy, who was formerly a NICU nurse, didn't think anything of it. She chalked it up to fluid in the ears. But four days and more failed tests later, Christy and her husband learned Charly was born profoundly deaf.

"I cried, I didn't understand and I didn't know what life was going to look like," said Christy.

But that attitude quickly changed after doing some research. Christy decided she would do whatever it took to improve Charly's future.

"We're choosing to do cochlear implants for her and we're doing total communication, so we're learning to sign and she's going to hopefully develop beautiful spoken language as well with those resources," said Christy.

However, that decision was met with some criticism online since Christy openly shares Charly's journey on Instagram. But Christy knew in her heart she was making the right decision for Charly and encourages other parents to do what they think is right, regardless of what the critics say.

"She is deaf, even with the cochlear implants. That doesn't cure deafness. As soon as she takes off the external device, she's deaf and always going to be. I just want to make sure she has all the resources to feel comfortable talking and communicating with people in any situation," said Christy.

Sharing Charly's journey with others has also been tremendously positive, Christy said.

"It's special she's touching so many people. She's meant to be who she is, just the way she is," Christy said with a smile.

Christy has become a hearing loss advocate and posts plenty of videos and photos of her two daughters to her Instagram account, which has more than 80,000 followers.

"Other people reach out to me and say how she's changed their lives or made their day or they just found out their kiddo is going deaf or is deaf and seeing her journey has made them feel more positive about the experience and cope with it," said Christy, who embraces every message and loves being part of a deaf culture that's still new to her. "It feels like a huge responsibility, but I love it. And I hope any parent who finds themselves in that position comes to me."

Locally, Christy said she couldn't have gotten this far and remained this positive without a great support system. The Virginia Hearing Aid Loan Bank donated Charly's current hearing aids and once Charly gets her cochlear implants, she'll give them back. CHKD has helped Christy set up speech therapy for Charly and that's where her implant surgery will be performed. All of this is inspiring Christy to do even more for the community.

Christy will be hosting a story time session for both deaf and hearing children at Hooray, a children's entertainment center in Virginia Beach May 2 at 10:00 a.m. She hopes parents will bring out their children, deaf or hearing, and see the two aren't very different at all.