Riverdale: You might not care about Carrie, but Riverdale gets back to what it does best…murder! (S02:E18) 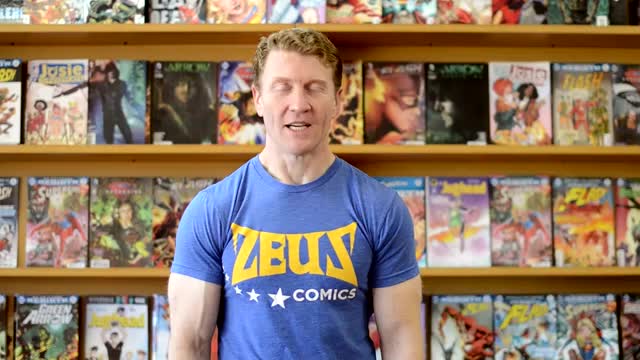 Hello Riverdale Class of 2018! It's Richard from Zeus Comics!

Singing! Dancing! Bell Bottoms, Farrah Fawcett hair... and murder! Why it must be a new Riverdale!

Do you like Carrie the novel? Do you like Carrie the Musical? Then this isn't the show for you! The horror coming of age tale about a tormented teen with telekinetic powers who murders an entire town of her tormentors and her oppressive religious mother is lost on musical numbers whose sole purpose is to bring characters together - Josie forgives Cheryl, Veronica forgives Betty, Alice’s impassioned plea to Betty get the Coopers back together - even Chuck is redeemed when Veronica and kids bring him back into the clique... The episode should have been called “I don’t Carrie”

But I will say this these kids CAN SING! well except Jughead who's relegated to creepy documentarian, videographer catching all the private conversations that kids are having… and maybe evidence of a killer!

We open our episode with the kids getting ready for Kevin Keller's musical production of Carrie byyyyy getting ready for school to the opening song from Carrie the musical "In." And Archie who's contractually obligated to work out every episode is doing all the shirtless push-ups. I mean those aren't technically, really full push-ups but man does he know how to be shirtless.

So! Nothing monumental happens in the musical numbers that can be recapped. The kids have their Carrie 1970s slim jeans, tight tops and flipped hair. There's some white people dancing chorography - like it was lifted the production of Oklahoma - they were one Hammerstein away from a hoe-down. What we do get is a return to what makes Riverdale great - murder! So let me get you there!

Cheryl who demanded last episode to be cast as Carrie proves she deserves to be the lead WITH SONG! That is until a series of events cause Kevin to take her out of the production and replace her with understudy Midge. First a sandbag narrowly misses Cheryl during rehearsal then Kevin gets a letter purporting to be from the Black Hood but ultimately its momma Penelope Blossom who refuses to allow parental consent that gets Cheryl yanked from the production.

And during Alice Cooper's (who’s been cast as Carrie's mom because that makes no sense for an adult to be cast in a high school theater production) musical moment, a murdered Midge is discovered! Stabbed and stuck to the wall! Scrawled around her in blood are the words “I am back from the dead. All those who escaped me before will die. B dot H dot" duh-duh-duh because I guess the Black Hood was short on time to spell out his name or maybe Midge was outta blood

Who is the killer? Could it be Kevin Keller? Is there more to the Midge/Moose/Kevin triangle? Kevin is the one who came forward with the Black Hood letters from his locker. Maybe he made those to get Cheryl out tof he way. He also surprised the cast when he announced Midge was Cheryl's understudy. It's also possible that he insisted Jughead make the video so cover his own tracks or frame someone else in the video like Ethyl. Between Moose, Joaquin, Fangs and all that trade at the nunnery, Kevin doesn’t pick the best boyfriends. Might make me a little murderous too.

Is it Ethyl Muggs? It’s not a secret she wanted to play Carrie over Cheryl and maybe Midge. Jughead did spy magazines with letters cut out of them in her trash of her dressing room. And we know she has a temper from her continual confrontations with Veronica. She probably mad not getting that coin from Stranger Things after being killed by that Demogorgon so early in Season one

Is it Fangs Fogarty? Who? No not that guy. That other guy yeah yeah... The gay southside serpent seen next to Kevin for most of the production. Jughead did kinda walk in on something going on with Fangs and Midge right before the show. But Fangs that might be a little too Joaquin season one

Is it Moose? He seemed upset back stage before the show started. Did he walk in on Fangs and Midge? But the Black Hood blood scrawl said “all those who escaped me...” Moose could be his next target. Or maybe Chic who randomly showed up backstage to wish Betty well. Is Chic bitter about being kicked out of the house? Is he mad Hal's moved back in with Betty and Alice

What about Cheryl? She did just deliver an ultimatum to Penelope while completely covered in blood. We're gearing up for more mystery leading into the season two finale of Riverdale as only four episodes remain!

Couple of plot notes to remember about this episode. Cheryl demanded pig people Penelope and Claudius leave Thistle house to her and Nana. Hal Cooper moved back in with Alice and Betty. Alice revealed to him that Chic is not his son - and Hal tells her "Our Secret Can't hurt us anymore..." And I'm like nope! Hal still doesn't know about Dwayne the drug dealers death.

Which leads me to next week! As the town is dealing with the Black Hood returning to terrorize Riverdale, things with Chic and the Coopers are coming to a head!

Everyone's on edge in a brand new Riverdale, "prisoners!"