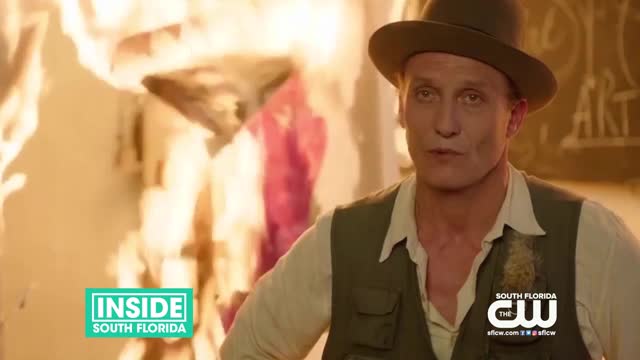 The Miami Jewish Film Festival is underway across fifteen different venues in Miami. And it runs through January 24th. The festival’s executive director Igor Shteyrenberg says it’s an experience all film fans will love.

"Well this year the 2019 Miami Jewish Film Festival will be celebrating it's 22nd year of longevity. We're featuring more than 80 film premieres, 25 films are directed by a woman which is a record setting figure for us, its a milestone that we take with great excitement. We have more events that we are going to be celebrating for free for the entire community, two of which are going to be outdoor under the stars screenings. More than anything we're just wanting to share films that are going to transcend walls, boundaries and borders, " said Shteyrenberg.

And through it all its the spirit of the community that really sets the festival apart.

"We bring the international world to Miami. It has become a destination event. More than anything we have about 25-30 filmmakers that are flying in just to be able to see the reaction of our audience enjoying their films. This is a festival that is happening at a time when anti-semitism is at its peak. There's nothing more important, right now. than to create a sense of tolerance, understanding, and education about who we are as a Jewish community and who we are as a Miami community as well." said Shteyrenberg.

There are no shortage of great films, one film that Igor is particularly proud to feature is "Howard".

"'Howard' is a documentary in tribute to Howard Ashman, who is a legendary songwriter for Disney. This is a film that really speaks to the humanity in all of us, that his songs were really able to evoke. We are really excited to have the producer of the film and Howard Ashman's sister in attendance." said Shteyrenberg.

In addition to Howard, some of the other featured films are generating serious Oscar buzz.

"There are five films that were Oscar entries, that are going to be premiering at the festival. One of them unfortunately lost at the Golden Globes last week. Florian Henckel von Donnersmarck's 'Never Look Away'. An extraordinary film about the power of art. We are showing another film that stars Jiri Menzel he was an incredible director in his own right, in the Czech new wave in the 60s with the film 'Closely Watched Trains', and he's coming back to the screen as an actor in a film called 'The Interpretor'. And Howard is an Oscar entry for the Best Documentary category.

For more information about the festival, head to miamijewishfilmfestival.org