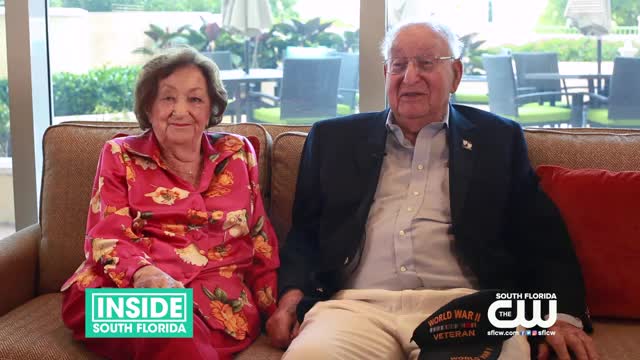 “I was just telling her at breakfast how much I was in love with her now just as much as when I met her,” said Leo Goldner.

Leo and Marian Goldner were just teenagers when they met back in 1940. Fast forward 8 decades and the two are getting ready to celebrate their 76th wedding anniversary.

95 year old Leo is a World War II combat veteran who created a successful business with $100 to his name. 96 year old Marian is a dedicated mother, grandmother and an accomplished writer.

The secret to their successful marriage:

Their second tip is more of a luxury than a requirement: separate bathrooms.

“Most of our marriage we have had separate bathrooms fortunately. There might have been some more fights if we didn’t have them,” said Marian.

Lastly, “live a manageable life.” For the Goldners it meant moving to the Vi, a retirement community, where they could focus on each other.

“We try every single day to do something that is good for both of us," said Leo.

And research shows successful marriages have five times more good moments that negative ones, so if you got into a petty argument last night step up the sweetness for the rest of the week.