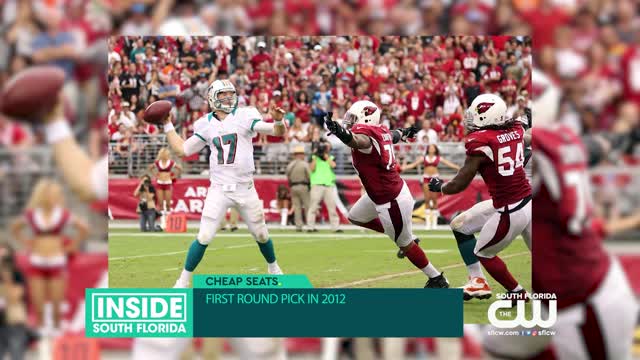 Last week the Dolphins said goodbye to starting quarterback Ryan Tannehill. Let’s take a look back at his career in Miami.

Tannehill was drafted by the Fins as the 8th overall pick in the 2012 NFL Draft. That season included a 431 yard passing performance against the Cardinals and Tannehill finished his rookie campaign by setting franchise rookie records for passing yards, attempts, and completions.

For the first four years of his Miami career, he never missed a start, before knee injuries deprived him of the last three games of his 2016 season and all of his 2017 season.

He started 11 games this past season for the Dolphins and threw for 17 touchdowns with 9 interceptions.