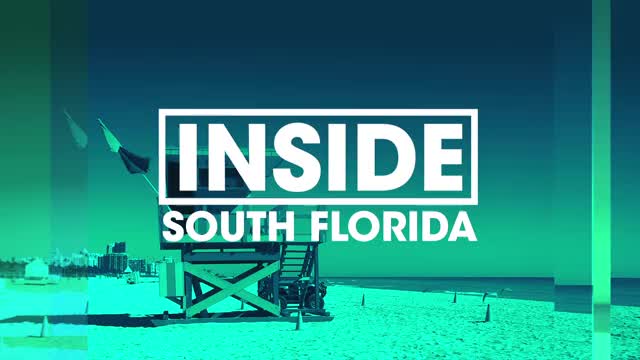 Here’s what’s happening this week in South Florida. The critically acclaimed Dear Evan Hansen runs at the Broward Center now through Sunday. It's won multiple Tony Awards, including Best Musical and Best Score. It’s the story of a young man who so badly wants to connect with his peers that he fabricates a relationship with a deceased student to become closer to the boy’s family. He is drawn deeper and deeper into the lie and has to figure out a way to get out of it.

In hockey, your Florida Panthers have three home games. Up first, a game Monday night against the Washington Capitals. Washington is having a really solid season and they find themselves right in the middle of the Eastern Conference playoff seedings. In fact they’ve got a chance to make a move over the next few weeks and climb up even higher.

On Thursday, the Islanders come to town and they have pretty much the same exact situation as the Capitals. They’re also right in the thick of the Eastern Conference playoff race and looking to move up. Like the Caps, they’ll be hungry for a win here in South Florida.

And Saturday night, the New Jersey Devils come to town. At this point, it looks like they won’t be making the playoffs. But they always play the Panthers tough.

From sports to concerts— Seminole Casino Coconut Creek will host its Volume 3- Live the Good Life Party on Friday at 9 pm. It’s considered one of the hottest parties in South Florida featuring Grammy award-winning rapper Ludacris.

The three-time Grammy award-winner has sold over 19 million albums in the US and almost seven million around the world! For more information head to casinococo.com