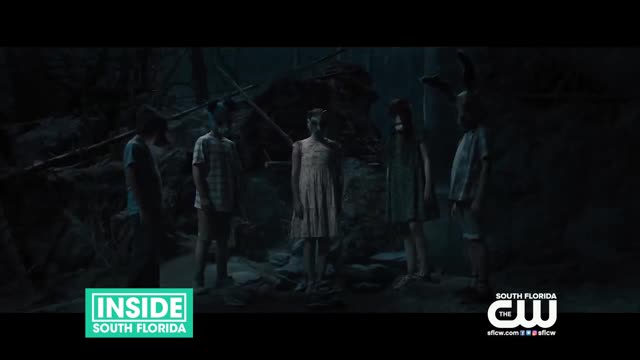 In the book, the Creed family moves from Boston to Maine inadvertently buying a piece of land that includes an ancient Indian burial ground where local kids bury their deceased pets.

And the movie is surprisingly rather funny.

"It's great, it opens you up because it enables you to lean back and relax to then catch you by surprise," said Jason Clarke who plays Louis.

While many of the characters remain almost intact from King's book, there are a few tweaks made by the actors in their performances to give this version some more twists.

"I wasn't afraid of any of the changes that were made to the script from the original book because the script has to be able to be shown on screen. It has to be able to play to an audience. You know that they are going to have to change somethings with the script, and you just have to hope that they get it right. The fact that it was an older girl instead of a young boy was, for me, a no brainer. You can't act a lot of it with a three year old I'm gonna be there with a doll or a tennis ball. I think that really adds depth to what King has written," said Clarke.

"It was so relieving to hear that King also liked our adaptation of the book, that really what we all were hoping for," said Amy Seimetz who plays Rachel.

Pet Sematary is now out in South Florida theaters and is rated R.