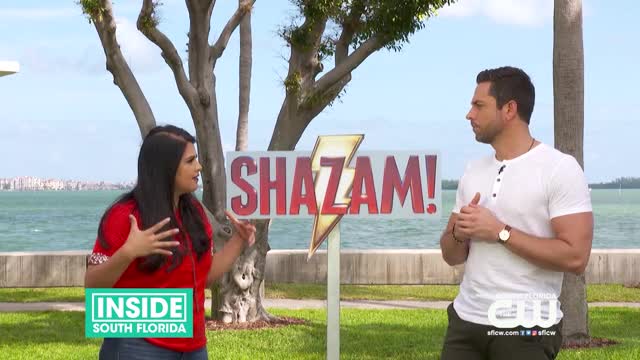 Shazam is DC's first film to hit theaters this year and tells the story of 14 year old foster child Billy Batson, played by Asher Angel. Thanks to an ancient wizard, whenever Billy shouts the word "Shazam" he transforms into the adult superhero played by Zachary Levi.

"I made it easy for myself to play this role because I never really stopped being a teenager in some ways. I like feeling joy and I like bringing joy to people. That made it really easy to play a character like Billy Batson," said Levi.

And Zach is no stranger to the superhero world.

"I have been blessed enough to have been able to appear in the MCU as well, but I was a supporting role to the guy that wore the cape. Now I get to be the guy in the cape with this fun personality and it was really a dream fulfillment. I may sound like a broken record I say this so often, but it still hasn't sunk in, and I hope it never does. I hope when I get to be really old I look back and say 'Holy crap I did that?'," said Levi.

Shazam is now out in South Florida theaters and is rated PG-13.