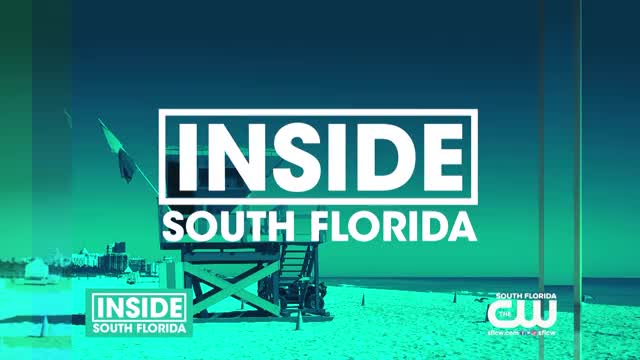 “Neon Future” is set 30 years from now, in response to a global crisis, the U.S government has made all advanced technology illegal.

Now, there’s a war between the augmented who have integrated technology into their bodies and the authentic who have not.

With a story so innovative and compelling about unchecked fear, I had to ask Steve about the inspiration behind "Neon Future".

"I'm obsessed with the idea of technology and our humanity coming together and augmenting ourselves with technology. Plus I mean I was a comic book kid so when I was a teenager, even before I got into music I was a comic book junkie. It all started with building out my concept in music and doing all of my album series called 'Neon Future' and then incorporating on there and teaming up with people that feel the same way that know how to put something like this together," said Aoki.

We asked him how "Neon Future" was different from other comic books today.

"In 'Neon Future' technology in this case isn't the bad guy, I think in the future as we progress, we are gonna use technology to benefit out lives and there's gonna be a point in time where someone won't want us to be superhuman and then that becomes a rebellion. The augmented are the saving grace of the human species when the government stops us from living our lives," said Aoki.

Steve’s story came to life thanks to Impact Theory. The studio is behind publishing "Neon Future". Steve partnered up with Co-Founder of impact theory Tom Bilyeu and writer Jim Krueger.

So we heard that talk came about  after Tom found out that Steve was planning on getting cryogenically frozen.

"That is literally a true story, the man wants to be cryogenically frozen when he dies and I thought that's amazing, somebody that has that optimism for the future in general and for technology specifically so yes we hit it off on that. I'm a super techno optimist and I really believe that technology is going to be the thing that allows us to push society forward, but there is gonna be what we call trough of despair so we wanted to pick up a story that started in that trough of despair that typical dystopian future. We wanted to show people a path out of that so rather than being this sort of bleak story, Steve and I come in together and share that optimism and wanting to tell a story that ultimately is empowering about rising up out of that and what that would look like," said Bilyeu.

Since "Neon Future" is a story about survival in an advanced technological world, I had to ask Tom to give us his advice for us millennials surviving in this modern world.

"I would say that humans are the ultimate adaptation machine, the most important thing to understand is what humans are designed to do from the ground up is change, grow and get better. So no matter who you are today, don't worry about that, it's just a question on who you want to become and what's the price you're willing to pay to get there because standing between where you are today and what you want to accomplish in your life is a set of skills, that's it. You don't need school to acquire those skills, you're gonna need a lot of hard work and willingness to fail, willingness to grow and learn from so you need that mindset. So it really is possible," said Bilyeu.

"Neon Future" volume one and two are now on sale wherever books are sold.