“The Sun Is Also A Star” 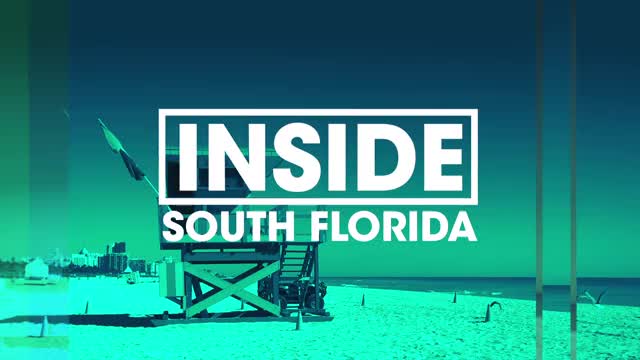 The "Sun Is Also A Star" is out in South Florida Theaters. In the film, Natasha, played by Yara Shahidi falls in love with Daniel played by Charles Melton. But their timing is terrible, as they meet the day before Natasha and her family are set to be deported from America. So, they have what amounts to a 24 hour first date. And Yara says, in real life, her first date was supremely unusual.

"My first date happened on screen, it was on Blackish. I remember it being very awkward, it was me trying to play it way too cool. They were like ‘okay great, now you guys hold hands’ and I was like ‘it’s okay, we don’t have to hold hands.’ It was just a progression of it getting more awkward throughout the day," said Shahidi.

A neat twist with the film is that the guy character is the romantic one, while the female is the pragmatist, who doesn’t even believe in love before the two characters meet. And those were welcome character choices for both actors.

“I feel like it speaks to our own personal truths and people have been commenting on the fact that it seems like the roles are reversed, but I feel like that’s closer to who we are in real life anyway,” said Shahidi.

“It’s nice to connect with a character and to amplify that version of ourselves on the big screen,” added Melton.

One of the most memorable scenes in the film is when Charles’s character sings karaoke to Yara’s character. And it works, because she starts swooning. So, we had to know: what are their go-to karaoke songs.

“We know each other’s. Yara’s is ‘Gone’ by NSYNC in Spanish,” said Melton.

“His is ‘Halo’ by Beyonce,” added Shahidi.

If these actors look familiar, it’s because you’ve seen them both right here on The CW South Florida. Yara stars in Blackish and Charles stars in Riverdale.

Catch Yara and Charles in “The Sun Is Also A Star,” out in South Florida Theatres now.