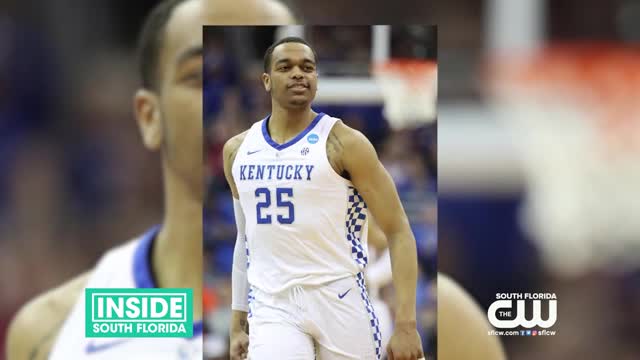 The 2019 NBA draft is next Thursday, and the Heat are scheduled to pick 13th. And with a little over a week to go, here are two players linked to the Heat in mock drafts.

For about a month now, there’s been a good bit of buzz about PJ Washington coming to Miami. He’s a 6’8” sophomore who played for Kentucky. For a big man he can shoot the 3. He made over 42 percent of his three-point attempts for the Wildcats last season. Washington led UK with 15.2 points per game and 7.5 rebounds per game.

Another potential choice is Kevin Porter, Jr. He’s a 6’4” guard who played one year at USC. He is known for having an effective, but not great, jump shot, and is a really good finisher in transition. Plus, he has the label of being extremely confident, which could be a good thing or a bad thing. He averaged 9.5 points per game and 4 rebounds per game in college.