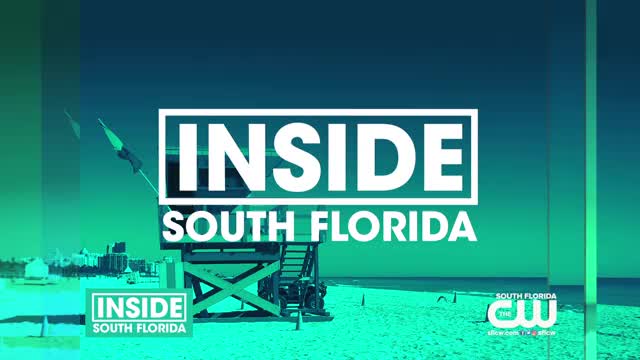 “Annabelle Comes Home” is out in South Florida theaters. In the film, a couple of teenage girls babysit the daughter of demonologists Ed and Lorraine Warren. But one of the girls, played by Katie Sarife, enters a forbidden room and awakens an evil spirit trapped in a doll, because she thinks it may connect her with her deceased father. I asked Katie about the complexity of her character.

“She was super fun to play because of that. There’s an emotional journey with her where you see this humorous, sarcastic side that she maybe does it a little as a cover-up to mask everything. … It’s super interesting that she’s not just this mischievous, rebellious teenager,” said Sarife.

Watching a thriller is obviously terrifying, but what about being in one. How did Katie prepare for the role?

"I made this weird decision to cry every morning and then bottle it up. I thought that was something she would do since she lost her father...There was a day I had an emotional block. I was sitting with Madison and we would all help each other out by getting into character and talking about things. I was like 'I'm blocked' and she goes 'Why don't you talk about it?' and I go 'It's really sad that Daniela...' and then boom!" said Sarife.

Katie’s already seen the movie multiple times and she still gets scared. And one of the characters who frightens her is one you’d might not expect.

"It's an eerie film. Having the music and sound effects and everything added to it makes it different than how it was when we were filming it so it's a bit more terrifying," said Sarife.

Katie is no stranger to this genre. She appeared in two episodes of Supernatural a few years ago.

"To this day, one of my favorite sets I've ever been on. I love Jared and Jensen; they're super cool. As soon as I got on set, it felt like a family. I just love it," said Sarife.