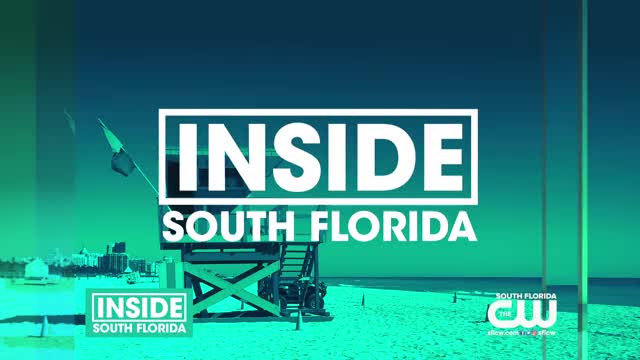 The third of Gerard Butler’s “Has Fallen” series is out in South Florida theaters. 'Angel Has Fallen' is about a secret service agent— played by Gerard— being framed and taken into custody for the failed assassination attempt of the president— played by Morgan Freeman.

"We were aiming to deepen the journey, make it more emotional, more involved and we have so many more action scenes than we've ever had. But it's also kind of a more profound journey. You're really taking this journey with the humanity of the characters. You never know where it's going to go," said Butler.

We’ve seen him falling in love in rom coms like 'P.S. I Love You' and 'The Ugly Truth'. But the lovely and emotional character he can be doesn’t get in the way from training hard for these wild action films.

"It does take its toll, but you kind of know that going. I remember going to this brilliant acting coach called Larry Moss to sit and talk about the role. And he said, 'I don't know how much you need to talk about this role. You just need to make sure you have a medic on set at all times.' I broke two bones in my neck and I didn't realize until later when they looked at my neck and said, 'You have two broken bones sticking out of your neck.' You take a pounding," said Butler.

Melissa Marrero asked Butler what it was like to work with the legend, Morgan Freeman.

"When he comes on set, people go crazy. In this movie, he's running all over the place and I'm shoving him under the water and he was up for it. At the end, he made a speech and said, 'You know, I've made a lot of movies but I really enjoyed this one and really had a lot of fun. As the producer of the movie, that was one of the loveliest things I've heard - to have Morgan Freeman thoroughly enjoy it," said Butler.

Marrero asked him what his favorite thing about Miami is.

"The people are so nice, it's an easy place to be and meet people. I like the energy, it's a good vibe," said Butler.