Get Your Cape On: Martin Prado of the Marlins 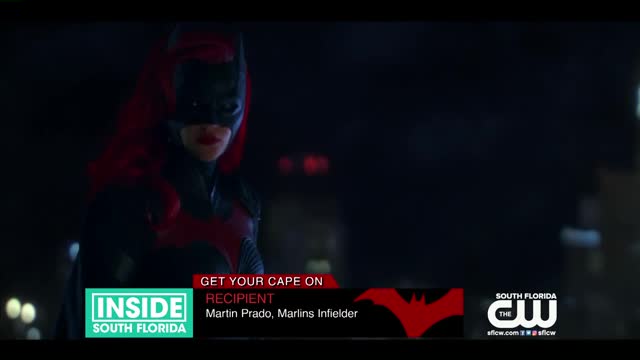 Inspired by the October 6th debut of Batwoman here on The CW, we launched our Get Your Cape On segment! Our first focus is on Martin Prado, Miami Marlins Infielder, who has done so much charity work in the past behind the scenes. Prado is just now making some of that work public, by recently painting and opening a new food pantry at the Charles R Drew K-8 Center in Miami.

"In the past all the stuff that I've done for people was behind cameras, that's my main goal because sometimes people see things as a little fake", said Prado.

"This is something that our players deserve a lot of credit for, Martin especially", said Derek Jeter, Marlins CEO.