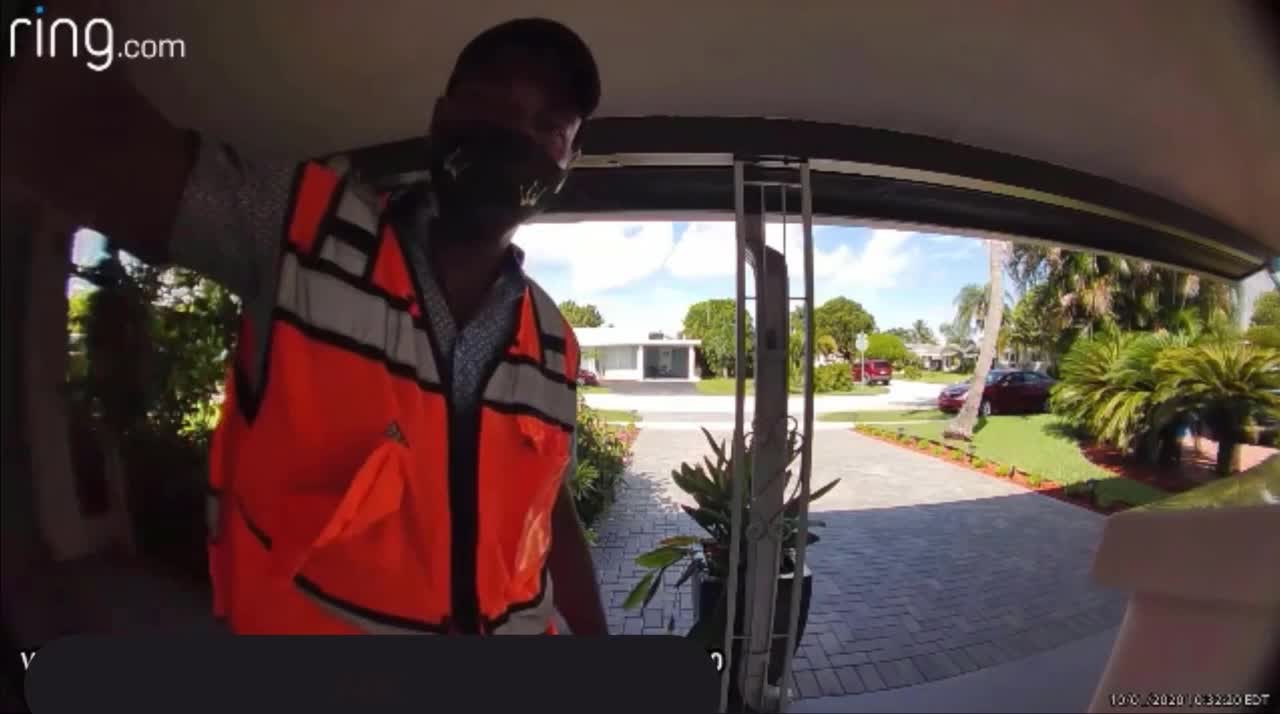 A burglar wearing an orange vest and a face mask stares into a Ring camera as he knocks on the door of an Oakland Park home.

OAKLAND PARK, Fla. — A burglar disguised as a worker stole alcohol, clothes, electronics and a car key from an Oakland Park home earlier this month.

Broward Sheriff's Office detectives Tuesday released Ring camera video of the criminal in disguise in the hopes of identifying him.

While the resident was at work on the morning of Oct. 1, the man approached the house and knocked on the door.

The man, who was wearing an orange safety vest and a face mask, could clearly be seen on the Ring video. He was seen walking away a short time later, carrying a shopping bag and a backpack. He left in a red Dodge Nitro parked across the street.

Detectives are investigating whether the thief is the same man responsible for other recent home burglaries in Oakland Park.

The resident said three bottles of alcohol, an iPad, a pair of shorts and a spare key to his car were missing.

Anyone with information about the burglary is asked to call BSO detectives or Broward County Crime Stoppers at (954) 493-TIPS.