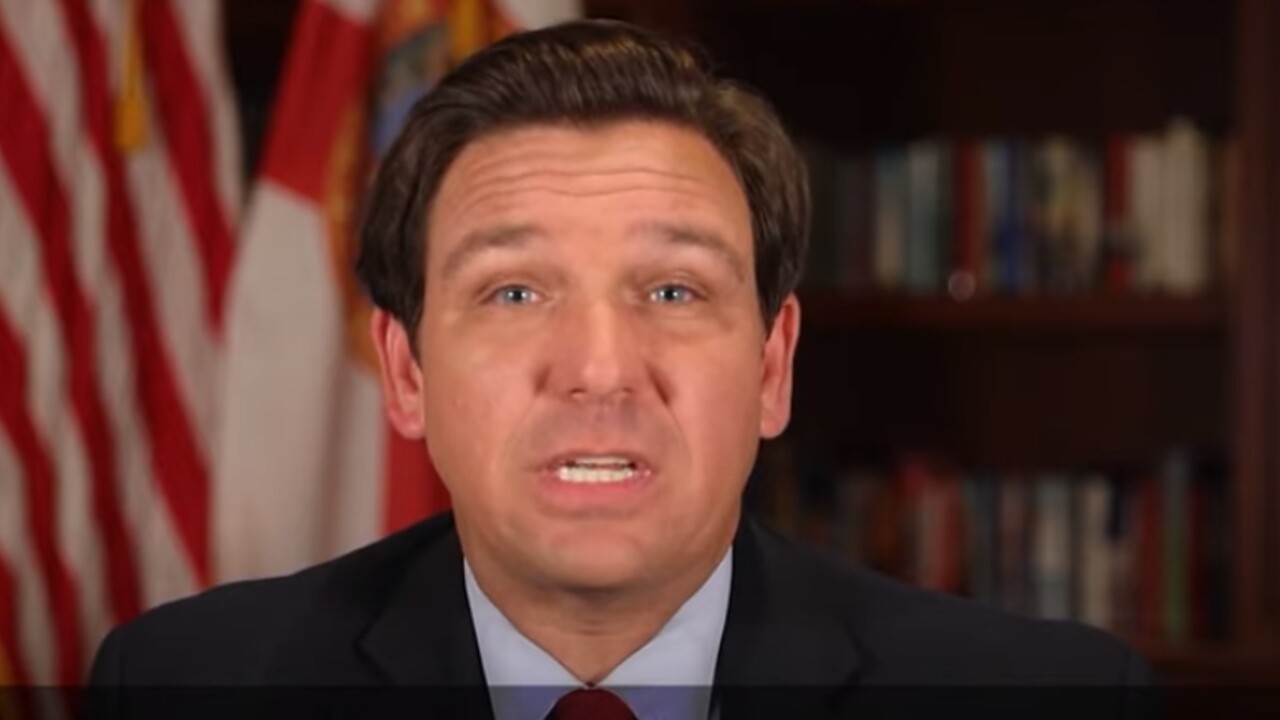 Florida Gov. Ron DeSantis says hospitals throughout the state may begin receiving COVID-19 vaccines within the next three to six weeks.

The governor on Thursday released a five-minute video on YouTube in which he spoke about the effectiveness of two vaccines from Pfizer and Moderna, and when shipments could be sent to Florida.

"These breakthroughs represent probably the greatest rays of hope that we have seen since the pandemic began," DeSantis said. "They offer the prospect of saving thousands and thousands of lives, and to potentially bring this pandemic to an end."

The vaccines from Pfizer and Moderna are currently awaiting approval from the U.S. Food and Drug Administration, which DeSantis said could happen within the next few weeks

DeSantis said the Pfizer vaccine needs to be stored in negative 70-degree temperatures, and state officials have identified five hospital systems in Florida that have the ability to store the vaccine at those temperatures.

Those hospitals are Jackson Memorial in Miami, Memorial Healthcare in Broward County, Tampa General, Advent Health in Orlando, and UF Health in Jacksonville.

"The Moderna vaccine can be used in normal refrigeration and does not require those extreme low temperatures," DeSantis said. "That will potentially provide more flexibility."

The governor said that once the vaccines are FDA approved, they will be shipped out within 24 hours.

"We expect our hospitals, hopefully, to receive these within the next three to six weeks. It is all contingent on when the FDA approves," DeSantis said. "Shortly thereafter, or maybe even at the same time that hospitals are receiving the vaccine, both CVS and Walgreens will also begin receiving the vaccine to administer to residents of long-term care facilities."

Many medical officials estimate the vaccines could be available to the general public by next spring.