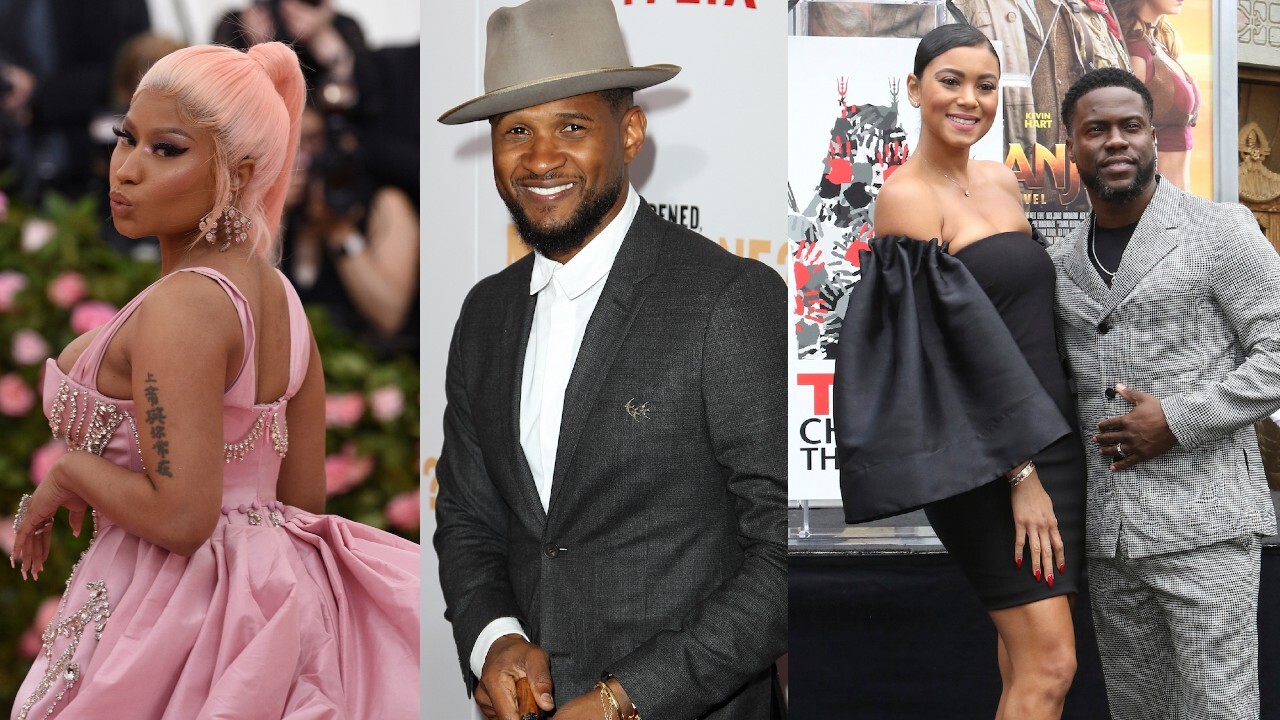 Several celebrities, including Usher, Kevin Hart, and Nicki Minaj, welcomed babies into the world this week.

Oscar-winning actor Phoenix and rapper Minaj both became first-time parents. Phoenix and his fiancée, Oscar-nominated actress Rooney Mara, welcomed a son named River, People reported. Minaj, who announced her pregnancy back in July, reportedly gave birth on Wednesday, Billboard reported. The name and sex of the child have not been released.

Comedian Kevin Hart and his wife Eniko welcomed their second child, Kaori Mai Hart, a daughter. Eniko posted the news to her Instagram on Wednesday.

Singer Usher announced on Instagram that he and his girlfriend welcomed a baby girl, Sovereign Bo Raymond.

"The View" announced on Twitter that co-host Meghan McCain had given birth to a baby girl, Liberty Sage McCain Domenech.

On Monday, actress Amanda Seyfried surprised fans when her husband announced on his Instagram that his wife had given birth to a baby boy.