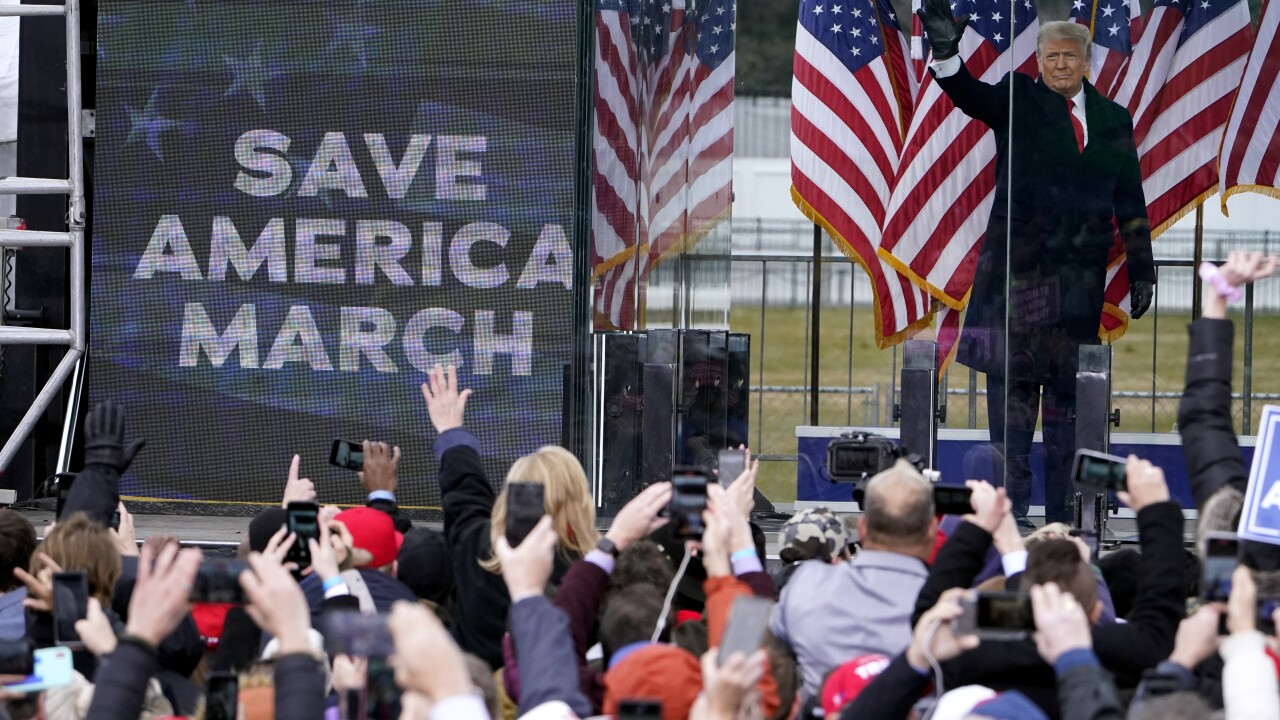 Jacquelyn Martin/AP
FILE - In this Jan. 6, 2021, file photo, President Donald Trump arrives to speak at a rally in Washington. Although pro-democracy and human rights activists around the globe were stunned to see a raging mob storm the U.S. Capitol, they say they were heartened and inspired because the system ultimately prevailed. (AP Photo/Jacquelyn Martin, File)

In a letter sent Friday, Florida Senate Democratic leader Gary Farmer (D) asked Attorney General Ashley Moody to assess whether "the assault on both houses of Congress as well as the Vice President violated not only the laws of our nation but Florida’s statutes as well."

Farmer went on to state that AG Moody not only has a sworn duty to hold Florida’s criminals accountable, but that duty "exists in regard to the criminal acts perpetrated by Donald Trump."

"Through his organization of and participation in this week’s insurrection, Donald Trump advocated for the sabotaging and hindering of Vice President Pence and Congress’ ability to carry out the laws of our nation as set forth by the U.S. Constitution and federal statutes.

This perfectly fits the definition of criminal anarchy as established by 876.02 Florida Statutes. As I am sure you are aware, this is a second degree felony.

Furthermore, Donald Trump said to and advocacy for the efforts to disrupt and prevent the Vice President and Congress from fulfilling their constitutional mandate established a crisis that put our nation’s constitutional form of government at risk. As such, Donald Trump fits the definition of a subversive person as established by 876.22 Florida Statutes. This is also a second degree felony.

Additionally, as Donald Trump played a critically necessary role in the incitement of the insurrectionist mob that threatened our nation, and as both Donald Trump and other members of the seditious band are residents of the state of Florida, Donald Trump’s actions fit the definition of “inciting insurrection as established by 876.36 Florida Statutes. As with the previous two criminal acts mentioned, this is also a second degree felony."