The high-end restaurant on Brickell Avenue is the second location in the U.S. 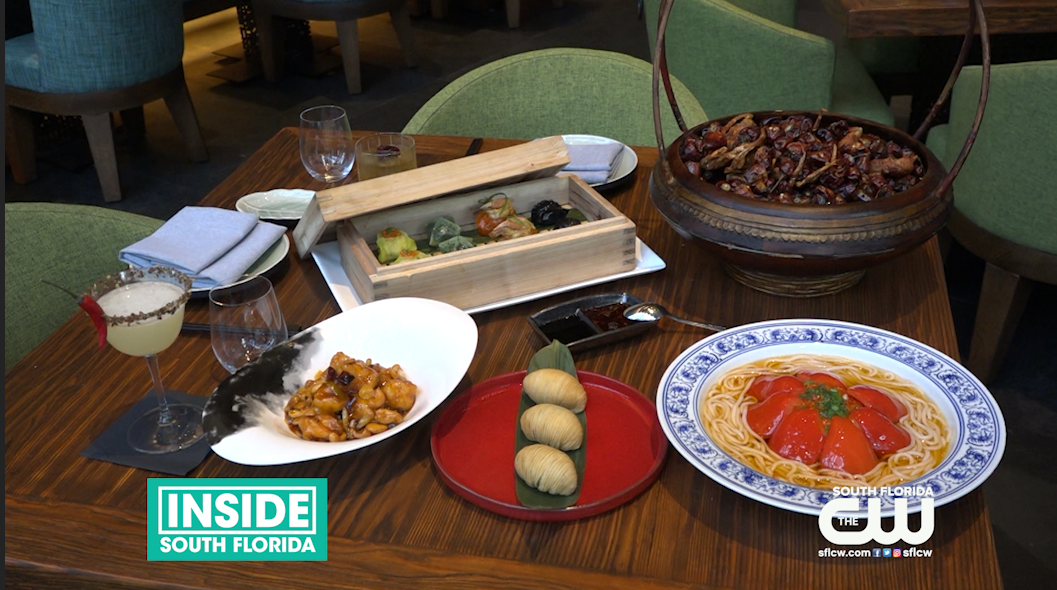 MIAMI —
You’ll feel like you’ve flown across the world without any jet lag at Hutong on Brickell Avenue.

Named after the alleyways of China, the high-end restaurant uses historic Shanghai design elements to create a unique ambiance.

"I love the pop of colors that you have here," said Melissa Marrero

"It's funny you say that, when I spoke to the owner "pop" was one of the adjectives he used to describe the restaurant. The color scheme was based off the Chinese pop culture but a lot of the designs you see here gives that Chinese look," added David Tang, General Manager.

The brainchild of Aqua Restaurant Group boasts an international portfolio of award-winning restaurants with locations in Hong Kong, Beijing and London. Something unique to the Miami location is the “Great Wall” of hand-carved Chinese wood doors. 35,000 antique bricks imported from China surround the walls.

"We actually tore down a building that was built in the 1930's, brought them all the way to Miami and we placed them brick by brick. The wall is about 70-feet long. What they did was they handcrafted all these doors based off the Qing dynasty so they're actually proportionate to that era. Then we hired a graphic designer and he made these doors open and close at night," added Tang.

The eatery serves up northern Chinese fare. Signature dishes include crispy spiced soft-shell crabs on a bed of dried whole chillies and kung po prawns, made with sweet garlic and dry chili sauce.

Melissa and David sample the prawns.

"Right amount of spice, has a stickiness to it, giving it texture. I want more!" said Marrero.

Another popular dish? The dumplings filled with everything from lobster, to prawn and black truffle.

The rest of the Northern Chinese menu includes a variety of noodles and meat dishes like peking duck and wagyu beef pastries. But their main focus is seafood.

"We take the best resources that we find, for example Miami is known for it's seafood. So what we did was we took our dishes, our cuisines and we focused on what they were able to give us so on our menu [in Miami] you're going to see a lot of seafood dishes here," said Tang.