Coca-Cola releases two new sodas to spice up the holidays 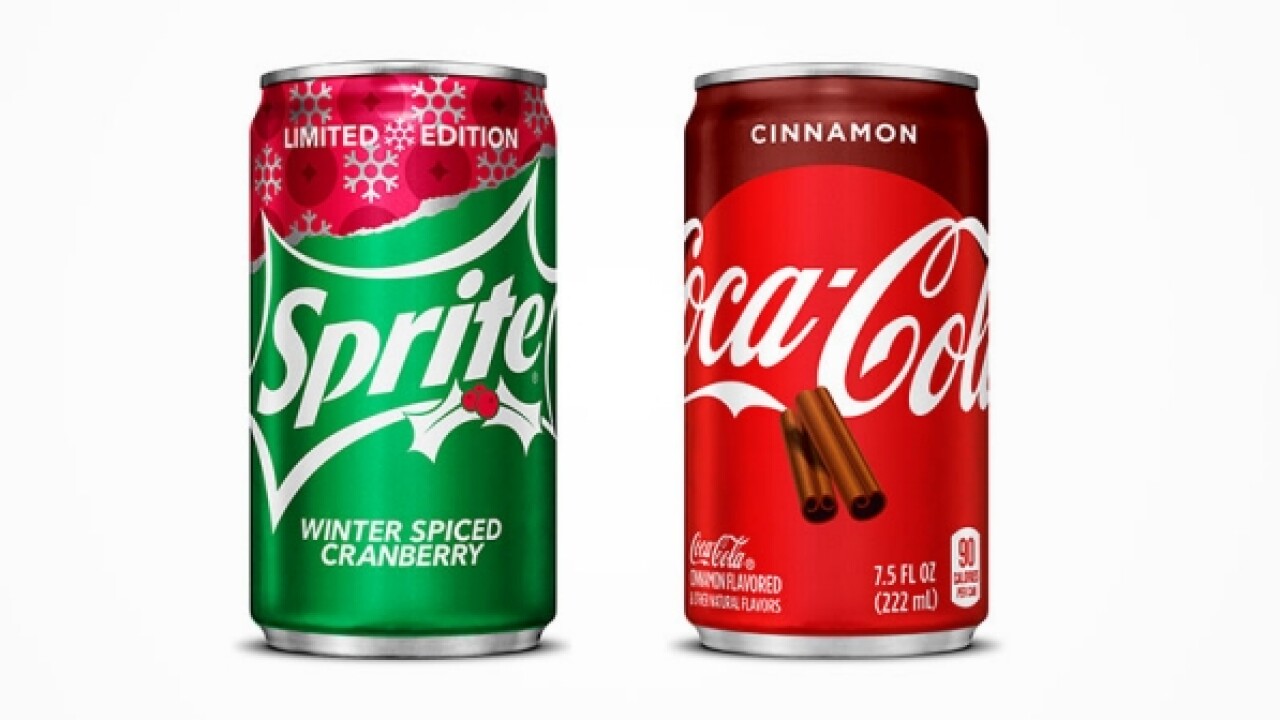 Coca-Cola has released two new festive drinks that may leave you saying "eggnog who?" around the holidays.

Coca-Cola Cinnamon is the brand's first-ever holiday flavor offered in the U.S. and it blends Coke with the spice of cinnamon "to deliver an aromatic and delightfully unexpected drinking experience," according to the company.

It suffices to say the reviews are mixed.

the other day i bought a Sprite Spiced Cranberry Soda,it was gross to much spice flavor for me personally,i do not even want to imagine what cinnamon coke tastes like 🤮🤮and now they have made pineapple mountain dew,which also sounds gross ,#vomit

So @Sprite needs to bring back the plain cranberry flavor. This winter spiced cranberry is gross and vastly inferior to the old one. I bought two 12 packs and now have to drink 24 of these nasty things. pic.twitter.com/vqqX2BoZoy

Hey @Sprite how long will the The spiced cranberry be on shelves?
I really like the flavor and it’s refreshment. pic.twitter.com/PxnAL36MmE

I have been so excited for this ever since I read that it was coming and I found it at the store last night!! Not my FAVE, but definitely fun to try and enjoyable. And I saw some bottles with the polar bears...next up Santa Coke! #CinnamonCoke pic.twitter.com/QiaETQ5mLh

I don't see how Cinnamon Coke can taste good at all.