Coyote, badger travel under California highway together in video reminiscent of Disney movie

A coyote and a badger played and traveled together in a video that could be ripped out of a Disney movie. 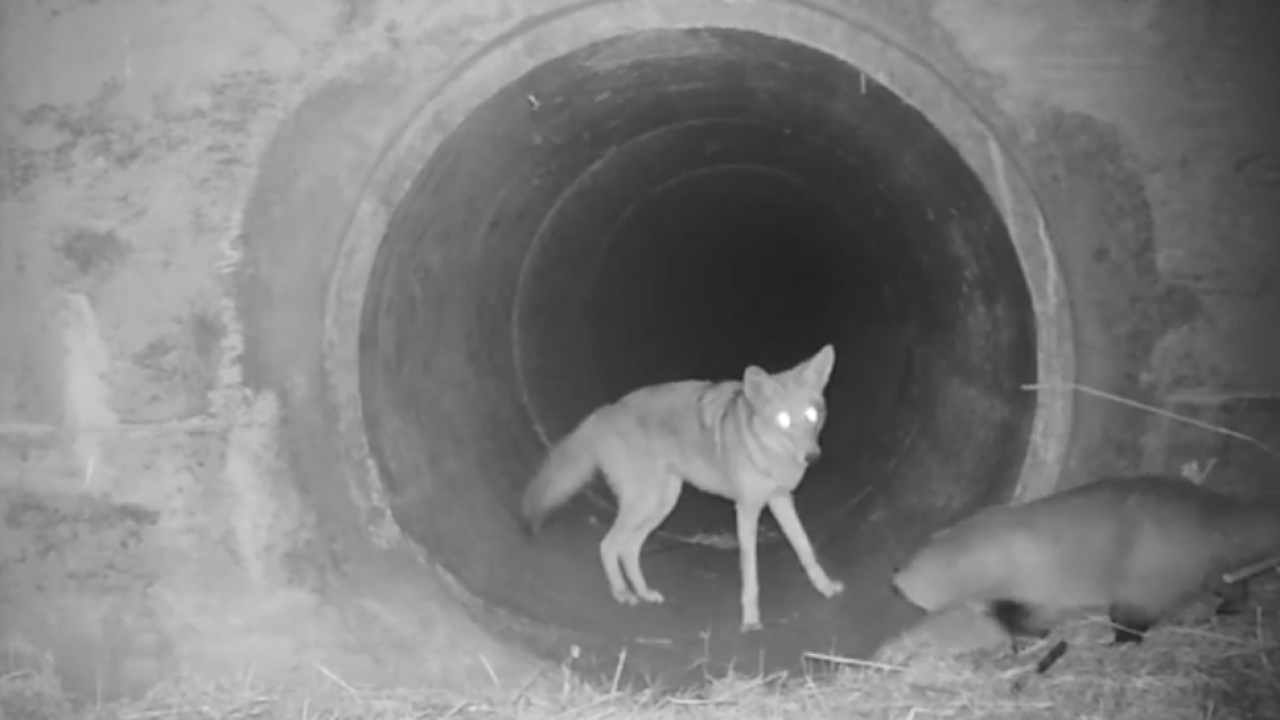 It may be easy to mistake a viral video of a coyote and badger as a test reel from an upcoming Disney film. Don't be mistaken — it's real.

The viral video captured during a wildlife study by the Peninsula Open Space Trust (POST) in the Santa Cruz Mountains shows a coyote and a badger waddling through a tunnel together.

The tunnel led the two underneath a highway in the Southern Santa Cruz Mountains. The tunnel allows wildlife to pass roads safely, POST says.

The POST team has placed more than 50 remote-sensor cameras at bridges and tunnels to conduct roadkill surveys in their study area. Using that footage, they hope to develop data as to where crossing structures will benefit wildlife the most.

"Our project is focused on identifying the swaths of habitat that wildlife are using to navigate to these undercrossing features and also to learn whether there are locations where there are concentrations of wildlife-vehicle collisions," Neal Sharma, POST's wildlife linkages program manager, said. "These are important dynamics to understand, so that regional conservation efforts can take them into account."

POST says while badgers have been caught on camera, they tend to spend their time underground, so it's rare that they show up on camera. Coyotes often don't move through small spaces like the tunnel in the video, adding some rarity to the images as well.

Funny enough, POST said it's actually not uncommon for the two animals to hunt together. They work together at times to make it easier to catch meals and prey on smaller species like ground squirrels. But to see them playing together on the move is something quite unusual.

"The goal is for our region to be a place where wildlife can move, adapt and thrive in the face of a changing landscape and climate," Sharma said. "This work is increasingly important, especially as we consider the impacts of climate change and the fact that wildlife need to be able to locate the resources they need for survival, now and into the future."

This story was originally published by Mark Saunders on KGTV in San Diego.