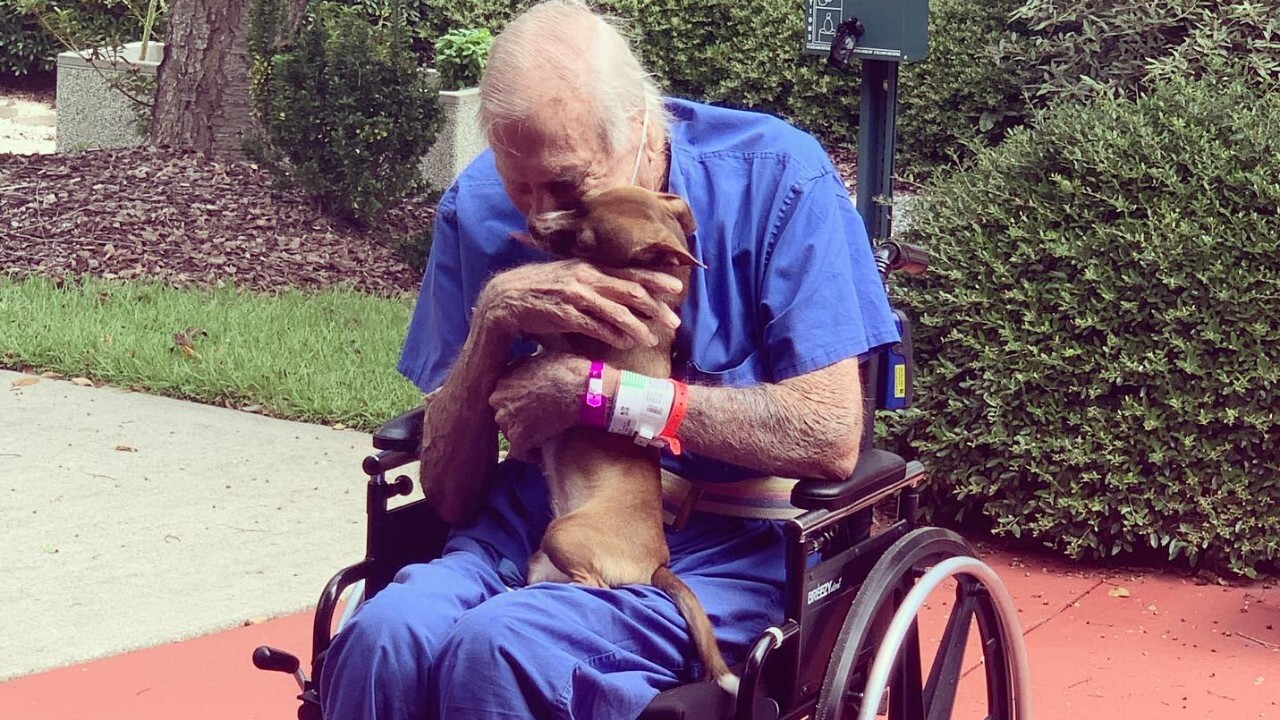 Rudy Armstrong was on his houseboat in Oriental, North Carolina, when he suffered a stroke, according to CarolinaEast Health System.

Luckily, Armstrong’s dog, Bubu, was there and sprang into action.

“He and Bubu have a special bond and when Rudy couldn’t get to his phone to call for help, he looked his little friend in the eyes and said ‘I need help. Go get Kim,’” wrote the hospital in a Facebook post.

Immediately, the hospital says Bubu ran off to get Kim, the area dockmaster, who called 911. They ultimately saved Armstrong’s life, with the help of paramedics and the staff at the hospital.

On Aug. 7, the hospital says it was able to orchestrate a reunion between the veteran and “his best girl.” It was an emotional moment for everyone there.

Armstrong, who has reportedly sailed all over the world and “has stories for days,” said he was very appreciative of the care he received at the hospital.