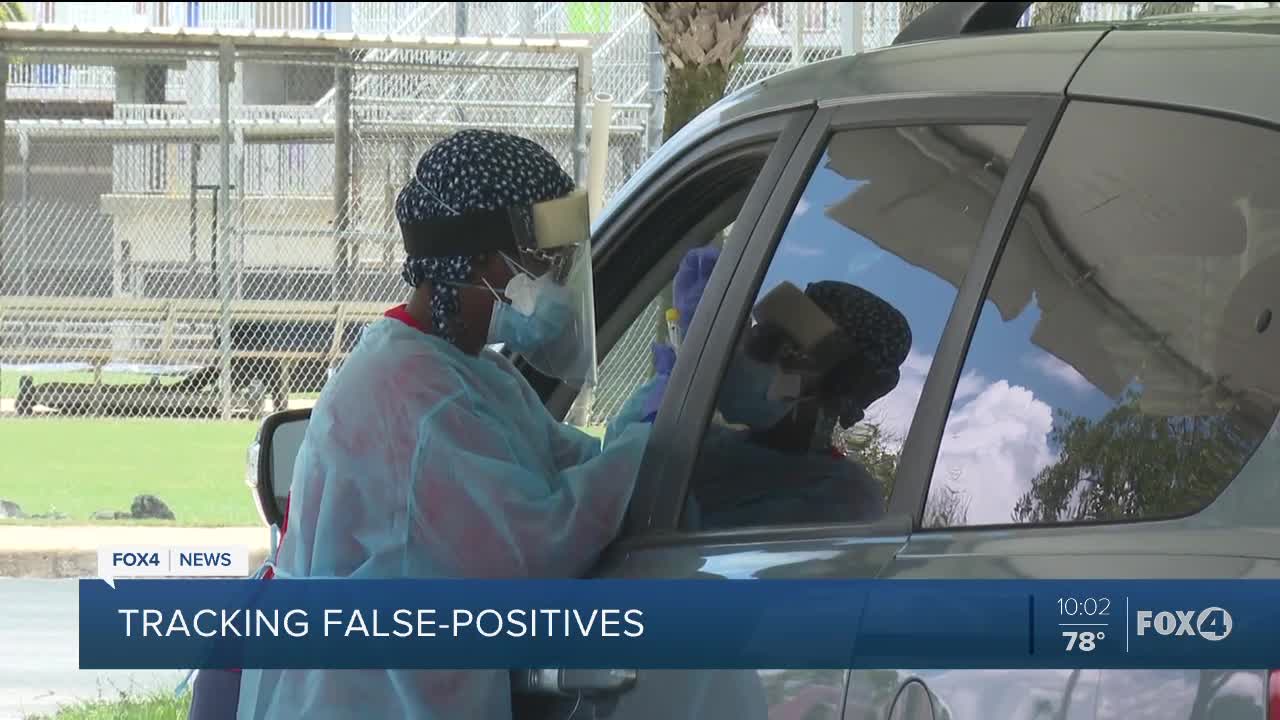 In a news conference Monday, he said there have been several cases where people received positive results, even though they had never been tested in the first place.

“For that to come back positive, when there was no specimen submitted, is problematic. So I’ve heard it enough to be concerned about it," said DeSantis.

Fox 4 has also received reports of this happening. People have said they submitted their contact information at a COVID-19 testing site, but after seeing how long the line was, they decided not to wait an hour or more to get the test. Nevertheless, a few days later, they got an email or a phone call telling them that they tested positive.

Representatives we spoke with at the Centurylink Sports Complex testing site say false positives aren’t possible there, because of how they have it set up.

The Florida Department of Health says, at Centurylink, you submit your contact information right before you get tested. So if somebody were to get out of line, they wouldn’t have had the chance to hand over their phone number or email.

But not all testing sites are the same.

We reached out to Lee Health, which operates several testing sites of its own. Those sites operate by appointment only, and they do take contact info beforehand, but Lee Health says it has not yet had any issues with mixed up results, and it takes several steps to make sure the results get to the right person.

The health system says its sites verify the patient’s identity when they arrive. Then, the person who conducts the test signs and dates each specimen. Finally, the hospital system is in contact with the lab, which verifies correct and matching information on the swab they receive.

DeSantis says his office still doesn’t have an answer as to why some mix ups are happening, but he is asking for the public’s help.

“If you’re somebody that this has happened to, you’re going to come forward and give us the details, because I think that that needs to be corrected," said DeSantis.