About 77% of doses received await use, stats show 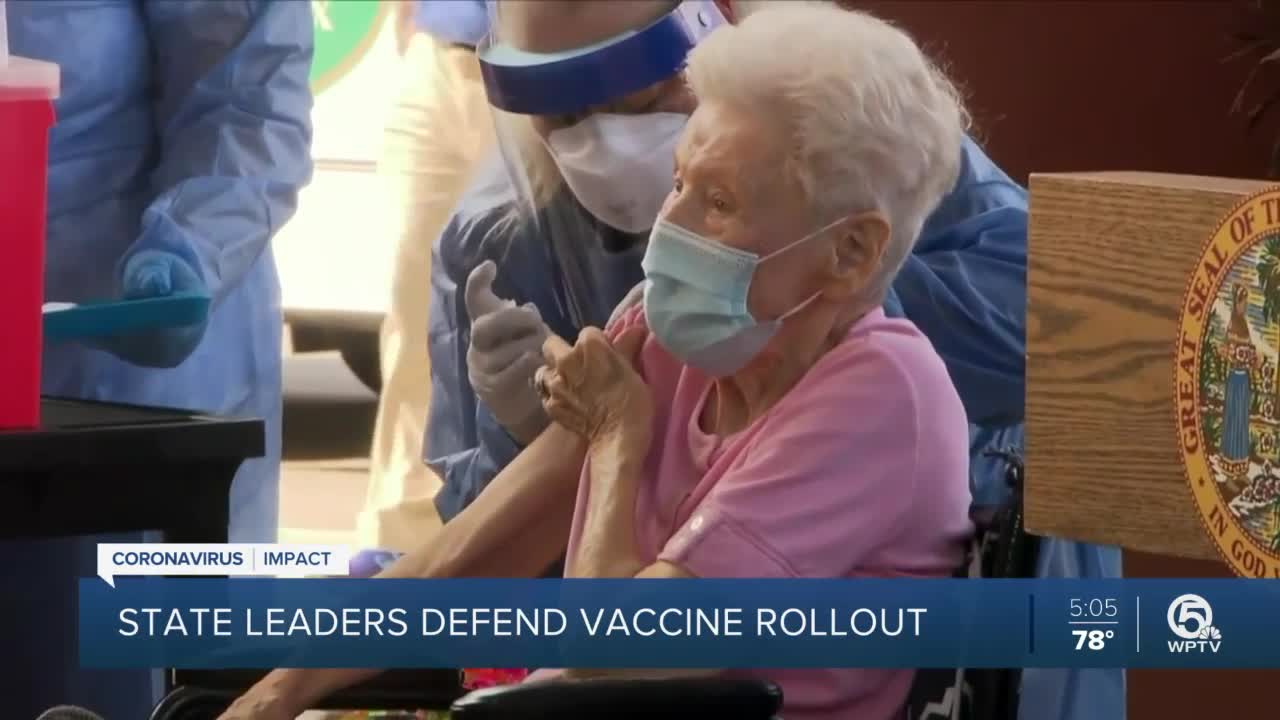 Overwhelmed call centers, long lines and communication issues are what patients 65 and older are struggling with in an effort to get a COVID-19 vaccine.

Through executive order, Florida seniors are now able to get the shot. It hasn't been easy, though. Many have complained of long lines, confusion, and overwhelmed scheduling systems.

Despite that, Florida Emergency Management Director Jared Moskowitz believed the state was doing better than most.

Florida is third in the nation for shots administered, according to the CDC. More than 175,000 given to date. But, in terms of rate, it falls to the middle of the pack. Near 77% of doses received await use.

"There are going to be growing pains as this starts," Moskowitz said. "It's no different than PPE and testing -- there were growing pains."

The problem, critics say, is hospitals and county health offices leading the charge in distribution. Each has come up with individualized plans, fueling complications.

Florida Agriculture Commissioner Nikki Fried recently sent a letter to the governor urging he deploy the Florida National Guard to help get shots in arms.

"Instead of efficient, centralized distribution management by the State of Florida, distribution has been left to hospitals and county health departments," she said. "While you characterize this as 'cutting out the middle man,' vulnerable residents are left without answers or clear direction from overwhelmed local agencies on when, where, and how to receive the vaccine."

Moskowitz defended the local control, however, saying mass vaccination will rely on it.

Moskowitz expected distribution would pick up in the new year. He said medical staff would be returning from the holiday break, federal stimulus dollars would arrive to help supplement immunization efforts, and hospitals would likely stop hoarding vaccines as supply increased.

"Look, we’re going to reward providers out there that get shots in arms," Moskowitz said. "For the folks that sit on the vaccine, we’re not going to send them anymore. ... Even with one shot, we're making a difference in the community. It helps nobody sitting in a freezer."