Homeland Security agency: 2020 election was the ‘most secure in American history’ 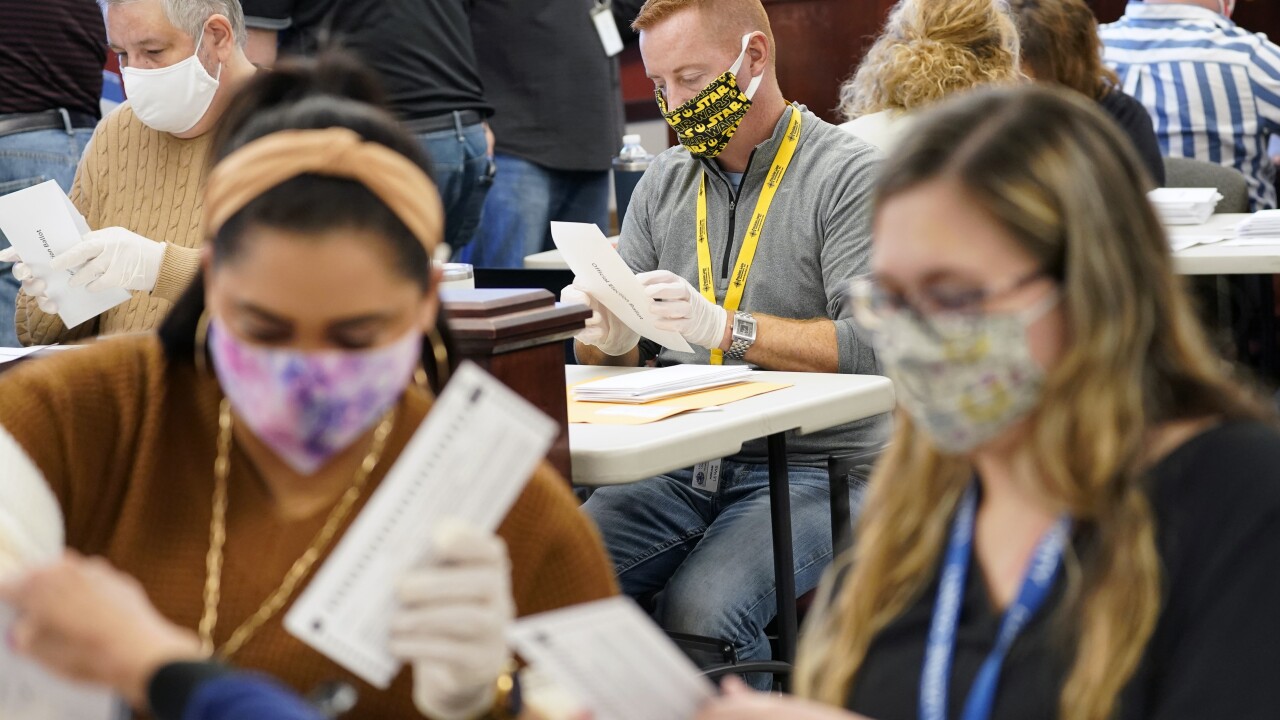 A joint statement released by federal and state officials on Thursday described last week’s presidential election as the “most secure in American history” despite calls from President Donald Trump’s campaign that the election was “stolen.”

The letter was signed by leaders of the Department of Homeland Security’s Cybersecurity and Infrastructure Security Agency, the U.S. Election Assistance Commission and the National Association of State Election Directors, among others. The Cybersecurity and Infrastructure Security Agency was established two years ago as a branch of Homeland Security during the Trump administration.

In bold, the authors of the statement wrote, “There is no evidence that any voting system deleted or lost votes, changed votes, or was in any way compromised.” This statement matches those from secretaries of state and boards of election throughout the US.

“The November 3rd election was the most secure in American history,” the statement reads. “Right now, across the country, election officials are reviewing and double checking the entire election process prior to finalizing the result.”

The group says that claims of election fraud are “unfounded.”

“While we know there are many unfounded claims and opportunities for misinformation about the process of our elections, we can assure you we have the utmost confidence in the security and integrity of our elections, and you should too,” the statement read. “When you have questions, turn to elections officials as trusted voices as they administer elections.”

Earlier this week, CNN among other outlets, reported that the Department of Justice, under Attorney General Bill Barr’s direction, was launching an investigation into voting irregularities. This prompted the DOJ’s top election investigator to quit in protest.

Thursday’s statement comes nine days after the 2020 presidential election, which had record-breaking turnout. After four days of counting votes, Joe Biden was projected as the president-elect on Saturday after gaining a modest lead in the states of Pennsylvania and Nevada amid the final vote tabulating.

While there are a few ongoing legal battles between election officials and the Trump campaign, those so far have not resulted in a significant number of votes to change to put Biden’s election victory in doubt.