'There was quite a delay,' president of Florida Supervisors of Elections says 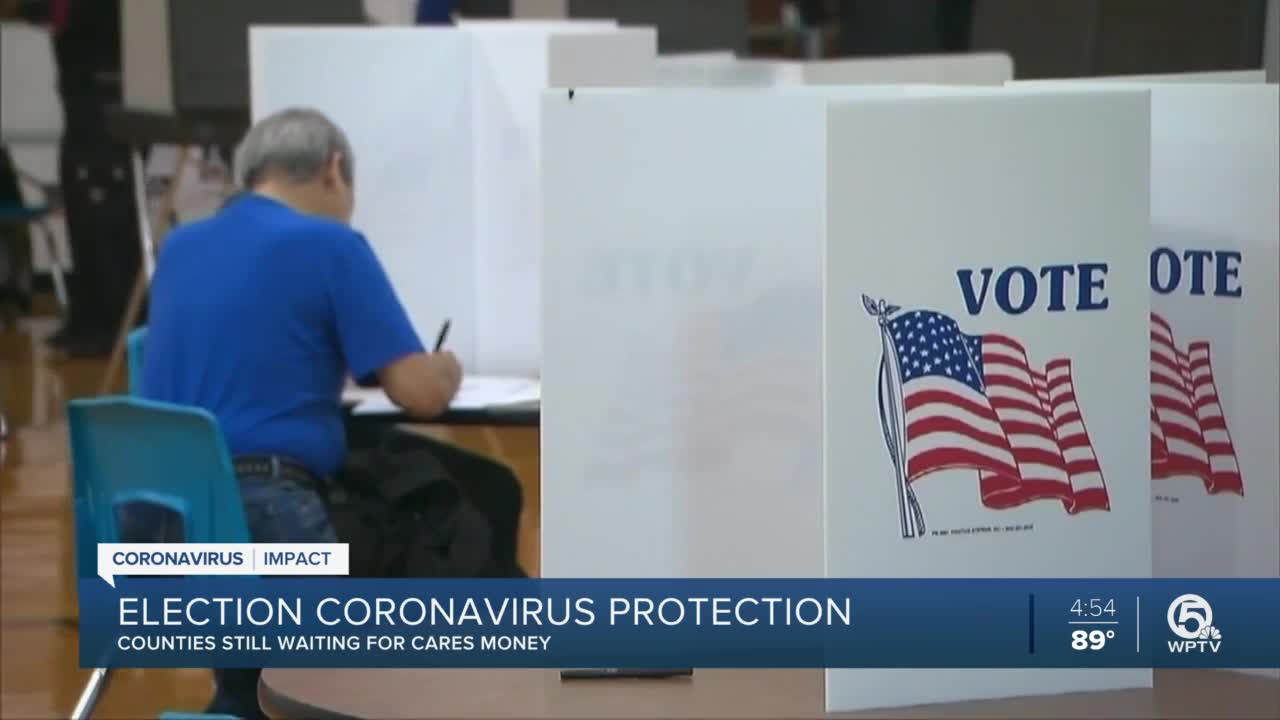 Sixty-nine days, that’s how close Floridians are to the November election. Yet, most counties still don’t have CARES Act dollars to protect voters from COVID-19.

Sixty-nine days, that's how close Floridians are to the November election. Yet, most counties still don't have CARES Act dollars to protect voters from COVID-19.

Florida had asked for the $20-million federal dollars in May, agreeing to throw another $4 million on top. But, to date, only about $9-million has been handed out. That covers just 22 of the state's 67 counties.

"There was quite a delay in getting that money out to the supervisors," said Craig Latimer, the president of the Florida Supervisors of Elections Association. "We just got it last week."

Latimer's county, Hillsborough County, was one of the lucky ones, collecting $1.3 million just before the primary.

Election supervisors in other parts of the state have had to pay out of pocket for virus protection. Many counties spent hundreds of thousands on things the funds would cover: bolstering voting by mail, staffing, cleaning and sterilization equipment.

"Some of the counties, I know it was budget issues for them," said Latimer. "Their county administrators had taken out anything that was going to be covered by the CARES money. Then, it didn't come for quite a while."

Money still hasn't come for counties like Polk. That is despite being told in an email from state officials it would arrive by Aug.12.

"I wanted to let you know that we finally got clearance last week from DFS (The Department of Financial Services) so you should expect your advance and/or reimbursement by Tuesday or Wednesday at the latest," read the Aug. 10 email from Maria Matthews, the state's elections division director. "If you do not, please let me know so I can follow up."

A few other counties still on the waiting list:

"There's supervisors asking daily where the money was," said Latimer. "It was just kind of a hold up with the state trying to get all the processing done."

The Florida secretary of state's office didn't offer a clear explanation on the holdup. In a statement, officials simply said the "funds are being disbursed after we review grant application materials…"

Time is of the essence as the general election nears closer. Turnout could be around three times higher compared to the primary. More vote-by-mail, staffing and COVID protections will be needed.

Below is the total amount of money allocated to each county: