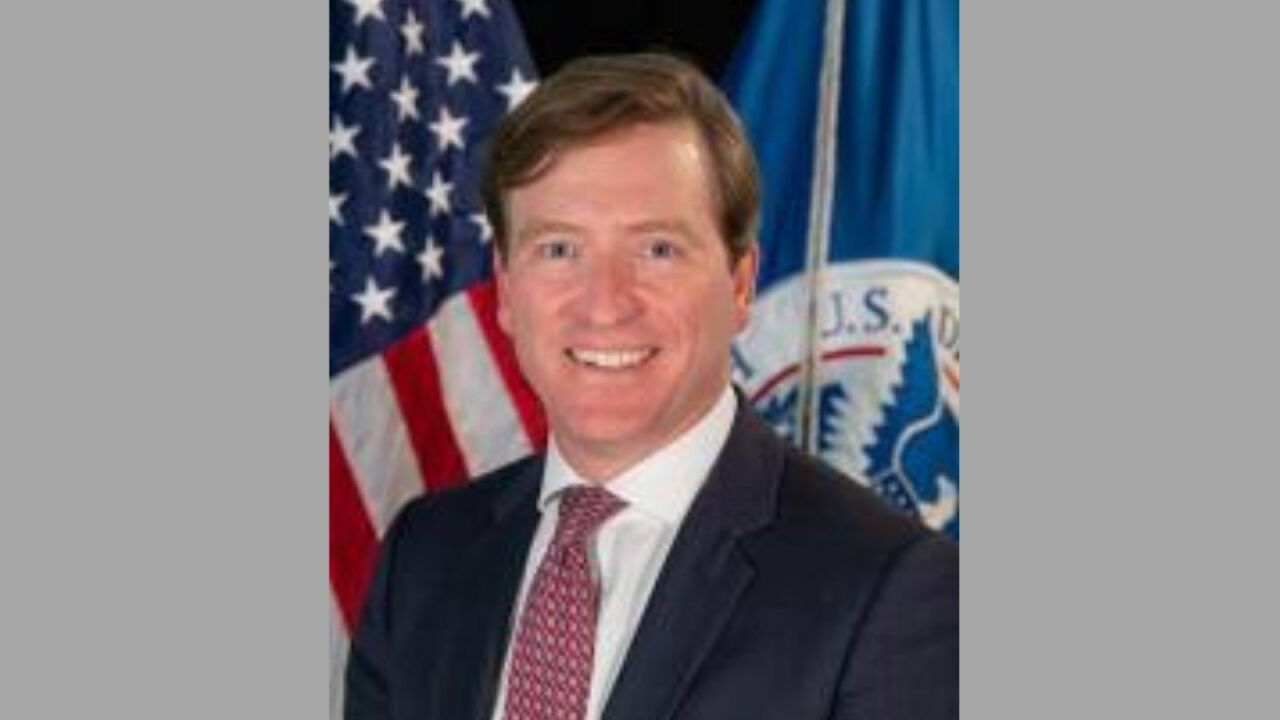 President Donald Trump announced on Tuesday he has fired Christopher Krebs, who was director of the Cybersecurity and Infrastructure Security Agency in the Department of Homeland Security. Krebs’ agency was among several that declared this month’s election the “most secure in American history.”

The letter was signed last week by leaders of the Department of Homeland Security’s Cybersecurity and Infrastructure Security Agency, the U.S. Election Assistance Commission and the National Association of State Election Directors, among others. The Cybersecurity and Infrastructure Security Agency was established two years ago as a branch of Homeland Security during the Trump administration. Krebs was the first director of the agency, appointed by the Trump administration to the post in 2018.

In bold, the authors of the statement wrote, “There is no evidence that any voting system deleted or lost votes, changed votes, or was in any way compromised.” This statement matches those from secretaries of state and boards of election throughout the US.

“The November 3rd election was the most secure in American history,” the statement reads. “Right now, across the country, election officials are reviewing and double checking the entire election process prior to finalizing the result.”

The group says that claims of election fraud are “unfounded.”

“While we know there are many unfounded claims and opportunities for misinformation about the process of our elections, we can assure you we have the utmost confidence in the security and integrity of our elections, and you should too,” the statement read. “When you have questions, turn to elections officials as trusted voices as they administer elections.”

Trump, who has filed a number of legal challenges to the election, challenged the assessment of many in the election security field.

“The recent statement by Chris Krebs on the security of the 2020 Election was highly inaccurate, in that there were massive improprieties and fraud,” Trump said, adding several other misleading statements involving the 2020 election. “Krebs has been terminated as Director of the Cybersecurity and Infrastructure Security Agency.”

Trump’s legal team has struggled to gain a foothold in a number of legal challenges to the election. For instance on Tuesday, Pennsylvania’s Supreme Court dismissed a suit as the Trump campaign claimed that campaign officials did not have “meaningful access” to observe the vote counting in Philadelphia. The state’s Supreme Court said that election officials followed state law.

The CISA addressed election-related rumors, such as that dead people are able to vote in the election, a claim that Trump baselessly has repeated.

"Every state has voting system safeguards to ensure each ballot cast in the election can be correctly counted. State procedures often include testing and certification of voting systems, required auditable logs, and software checks, such as logic and accuracy tests, to ensure ballots are properly counted before election results are made official. With these security measures, election officials can check to determine that devices are running the certified software and functioning properly," the agency wrote.

“We conclude the Board did not act contrary to law in fashioning its regulations governing the positioning of candidate representatives during the precanvassing and canvassing process, as the Election Code does not specify minimum distance parameters for the location of such representatives. Critically, we find the Board’s regulations as applied herein were reasonable in that they allowed candidate representatives to observe the Board conducting its activities as prescribed under the Election Code,” the court ruled.

The Associated Press projected on Nov. 7 that Joe Biden would win the presidential election with at least 290 Electoral College votes. The Associated Press has not called Georgia, but Biden holds a 14,000 vote lead there, and the state is expected to finish a hand recount there on Wednesday.