'It reminds us of why we left our country,' Republican Glenn Parada says 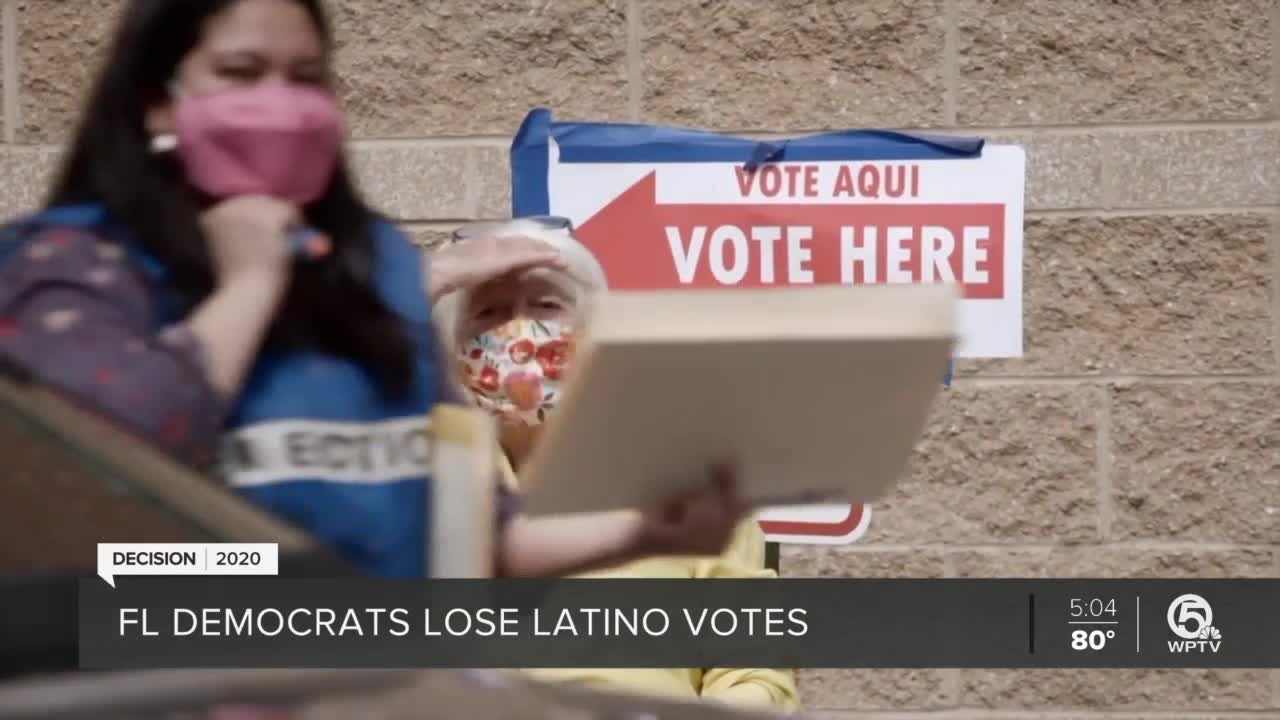 Some Florida Democrats are now calling for a change of state party leadership after the November election.

Florida Democrats are trying to figure out what went wrong Tuesday night.

Some are calling for a change of state party leadership. That comes after the president didn't just win the Sunshine State but did it by a bigger margin than 2016.

As the blame game begins, a lackluster Latino vote is looking to be one of the biggest fumbles for Democrats in this election cycle.

The demographic has traditionally been a bounty of reliable blue votes in Florida, but this year Joe Biden underperformed with Latinos. Exit polls suggest a 10-point loss compared to Hillary Clinton's Latino numbers four years ago.

Florida political expert Carol Weissert points to the Miami-Dade County area as an especially bad result. There, Trump was only about eight points behind Biden after losing the county by nearly 30 points in 2016.

"This is not a good morning for the Florida Democratic Party," said Weissert, a Florida State professor. "Republicans really had a Hispanic ground game for four years. The Democrats were kind of Johnny-come-lately."

Glenn Parada is a political strategist for the Florida Republican National Hispanic Assembly. He predicted this outcome, saying the message was resonating.

"It reminds us of why we left our country," he said. "We don’t want that. That's why we're here. It's definitely something we consider, and we're going to vote not for [it] but against.”

Either way, the result was the same. Florida's 29 electoral votes will head to Trump.