Some Fla. ‘COVID-19 isolation centers’ have histories of failure

7 of 23 facilities were recently on state watchlist 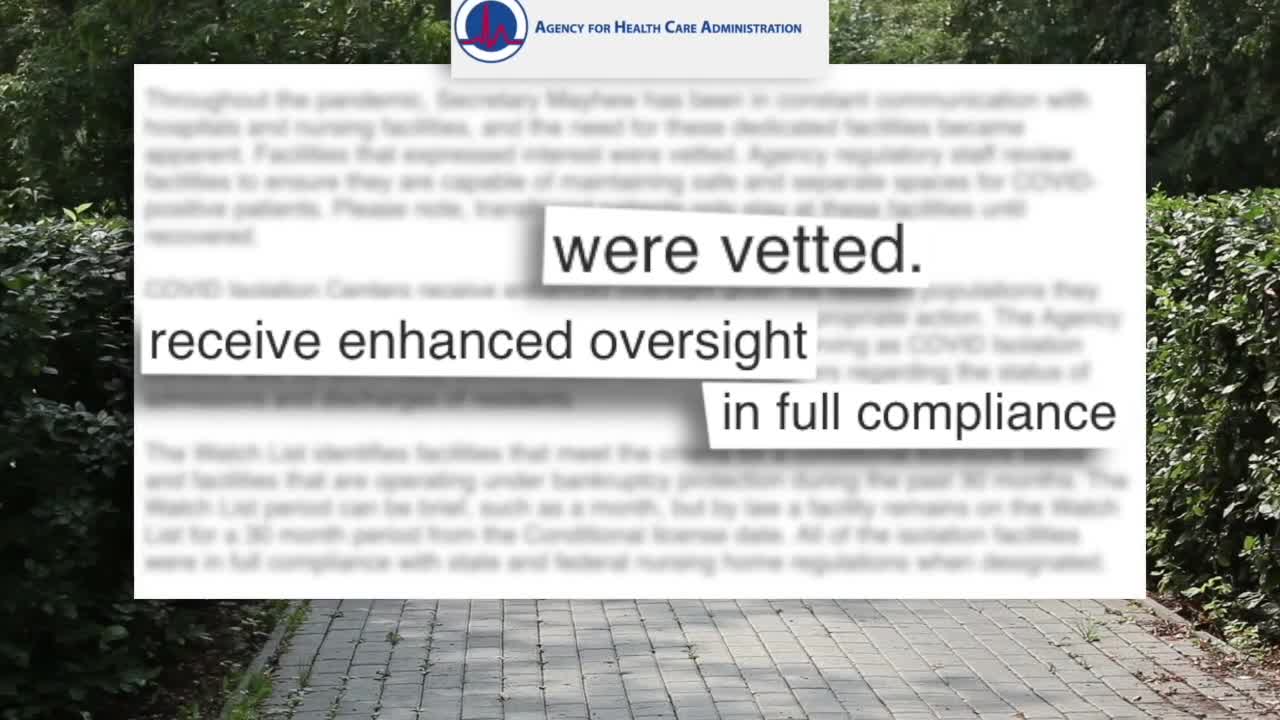 7 of 23 facilities were recently on state watchlist 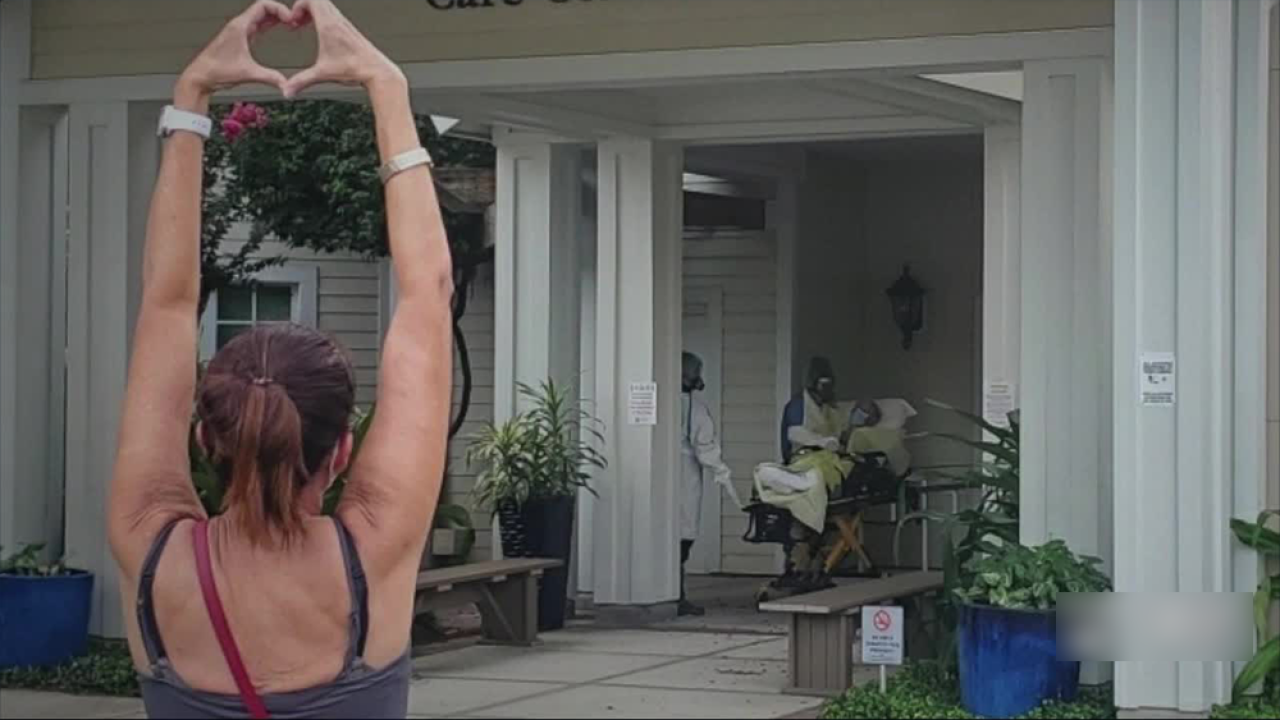 The last day Davonne Irion saw her father in person was this past Father’s Day.

But before her 90-year-old dad was transported to the hospital, Irion called the nursing home where he lived for nearly five years.

“I said, 'Please tell me when he’s going to be transported.' I said to my husband, I can see him in the parking lot. I can lay eyes on him,” she said.

That day, she found herself in the parking lot, doing what came naturally.

The moment, captured in a photo, shows Irion standing at a distance with her hands in a heart-shaped while her father lay on a stretcher.

“I just put hand in heart and just yelled ‘Dad, I love you’ and my husband just happened to capture it. It’s really a precious photo. I just love it,” Irion told us recently.

The next day, Irion’s father tested positive for COVID-19. A week and a half later, he died at a hospice center.

At the time, Irion said she didn’t know the nursing home where her dad lived was housing COVID-19 positive patients in a separate unit.

One month after her father’s death, the nursing home officially became one of the state’s 23 dedicated COVID 19 isolation centers. These facilities are contracted by the state to house COVID-19 positive senior citizens to “help halt the spread of the virus in long term care settings,” according to Florida’s Agency for Health Care Administration (AHCA).

“It’s not a good thing,” said Palm Beach Gardens attorney Sean Dominick of Dominick Cunningham and Whalen. “When you’re on the watchlist, it means you have performed unsatisfactorily when the state has come in to do periodic reviews they are required to do,” Dominick said.

Facilities can also be placed on the state’s watchlist if they are operating under bankruptcy protection during the past 30 months.

One of those facilities with a checkered history is Countryside Rehab and Health Center on Florida’s west coast. Its history of concerns goes back more than a decade, according to state inspection records. Medicare’s overall score for the center is below average. In 2018, Countryside hit the state’s watchlist.

This past June, state inspectors found more problems at the 120-bed facility and cited operators for failing to “mitigate the spread of COVID-19,” according to state inspection records. At the same time, inspectors onsite witnessed staff “not wearing personal protective equipment.”

As part of their agreements to serve as COVID-19 isolation centers in the state facilities receive government reimbursements, even if the bed remains vacant. According to contracts, when patients fill the bed, facilities will get reimbursed $325 per day, per patient, on top of their daily Medicaid provider rate.

“We’re paying facilities that, historically, have provided substandard care and we’re coming to them and saying we’re gonna give you more money. It doesn’t make any sense to anyone with a rational thought,” said Dominick.

None of the seven facilities with histories on the state’s watchlist responded to our requests for comment. In an email, a spokesperson with AHCA stated all facilities were vetted, receive enhanced oversight and was in full compliance with state and federal nursing home regulations when they were designated as COVID-19 isolation centers. According to AHCA, all isolation centers are in daily contact with the agency regarding the status of admissions and discharges of residents.

During a recent interview, U.S. Senator Marco Rubio couldn’t explain why these facilities with questionable histories were selected.

“I just don’t know. That’s a decision that’s made at the state level by the healthcare administration and not the federal government," Sen. Rubio said.

Davonne Irion still questions why she didn’t know her dad’s facility was housing COVID-`19 positive patients at the time he was infected. She knows he contracted the virus in the nursing home, but doesn’t know if it the COVID-19 unit contributed. But she does know, firsthand, the importance of these facilities getting their protocols and procedures right.

“It’s concerning. This is something you really need your brightest and your best on,” said Irion.