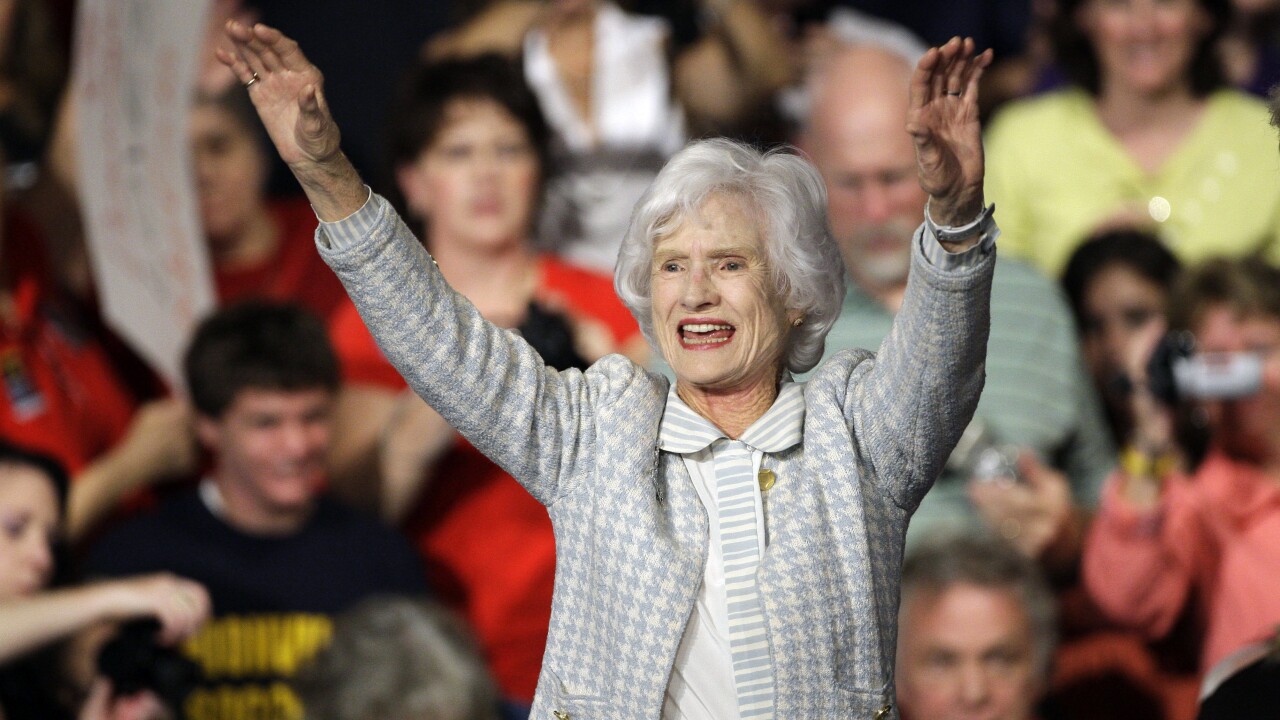 Roberta McCain, the mother of late Sen. John McCain, has died at the remarkable age of 108.

Cindy McCain, the senator’s widow, announced her mother-in-law’s passing on Twitter on Monday.

“I couldn’t have asked for a better role model or a better friend,” she wrote. “She joins her husband Jack, her son John and daughter Sandy.”

The family celebrated the matriarch’s 108th birthday in February.

“The View” co-host Meghan McCain, who has often spoken highly of her grandmother on the talk show, expressed how grateful she was for her on Twitter.

Happy 108th Birthday to my nana Roberta. You are our matriarch. Completely ageless, classic, lovely, strong, smart, sarcastic, irreverent and all things I love in this world. We are so grateful for you. pic.twitter.com/qvLAAIvsf8

As Sen. McCain ran for president in 2008, his mother joined him and other family members on the campaign trail, despite her advanced age.

In a 2005 book, the senator wrote proudly and lovingly of his mother:

"My mother was raised to be a strong, determined woman who thoroughly enjoyed life, and always tried to make the most of her opportunities. She was encouraged to accept, graciously and with good humor, the responsibilities and sacrifices her choices have required of her. I am grateful to her for the strengths she taught me by example, even if I have not possessed them as well and as comfortably as she does."