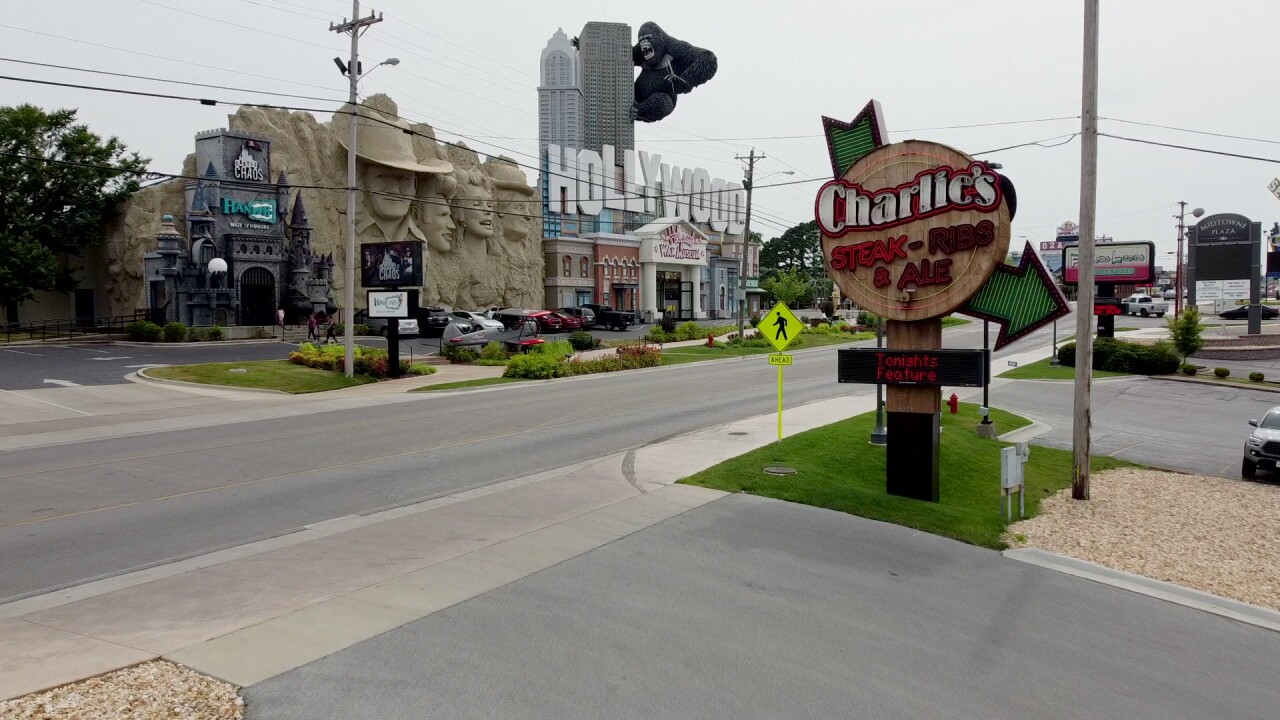 BRANSON, Mo. -- Branson, Missouri, draws tens of thousands of visitors each year for its museums, rides, live shows and family activities. But behind the attractions and the flashing lights, families struggle to get by.

“It’s a company town, and the company is tourism,” said Kevin Huddleston of Christian Action Ministries. “Everyone works for tourism in some way. They’re not really jobs that people can raise a family on, but that’s what people are trying to do.”

Huddleston runs a food bank that helps many of Branson’s families, especially through the winter months when many attractions are closed and most tourists are gone.

“Our unemployment spikes to 20%,” said Bryan Stallings of the lack of jobs during the off-season in Branson. Stallings helps run the non-profit Elevate Branson, which helps families get jobs and services they need.

The tourists usually come back with the warmer weather, but this year, COVID-19 came instead, skyrocketing hunger higher than ever before.

“The demand for service was unprecedented,” he said. “It was so high we had never seen the numbers we were seeing.”

Aaron Taylor has visited Christian Action Ministries several times for assistance. He said standing in line is a painful reminder of his reality.

Taylor worked with a local hotel chain doing construction, hoping he could start a new chapter.

“The day that coronavirus hit, I was laid off,” he said. “After losing my job, became homeless, lost the kids to state custody because I wasn’t able to take care of them. My kids deserve better than that.”

He said places like the food bank have kept his family afloat, but now, he said he feels like he’s drowning.

“It’s taken me a depression level and a shame level where I’m no longer sober, and I, for the last month, I haven’t even had the desire to be sober,” said Taylor.

His struggle is not the only pain in the parking lot.

“It’s gotten hard on us because there’s not a lot of income coming into the household,” said Jonathan Wayne Robinette Sr. who lives in Branson and works at a local hotel.

“We have no public transpiration, we are 1,300 units short of having affordable housing, and we’re seasonal low-wage jobs because it’s based on seasonal jobs and tourism so it kind of creates this perfect storm of poverty,” said Stallings.

For some, there is hope.

“God willing, it gets better,” said Robinette Sr. “We just take it one day at a time.”

Yet, for many in the tourist town, this pandemic has shown no mercy.

“I don’t necessarily understand communities like Branson,” said Taylor. “It’s probably time for me to leave.”