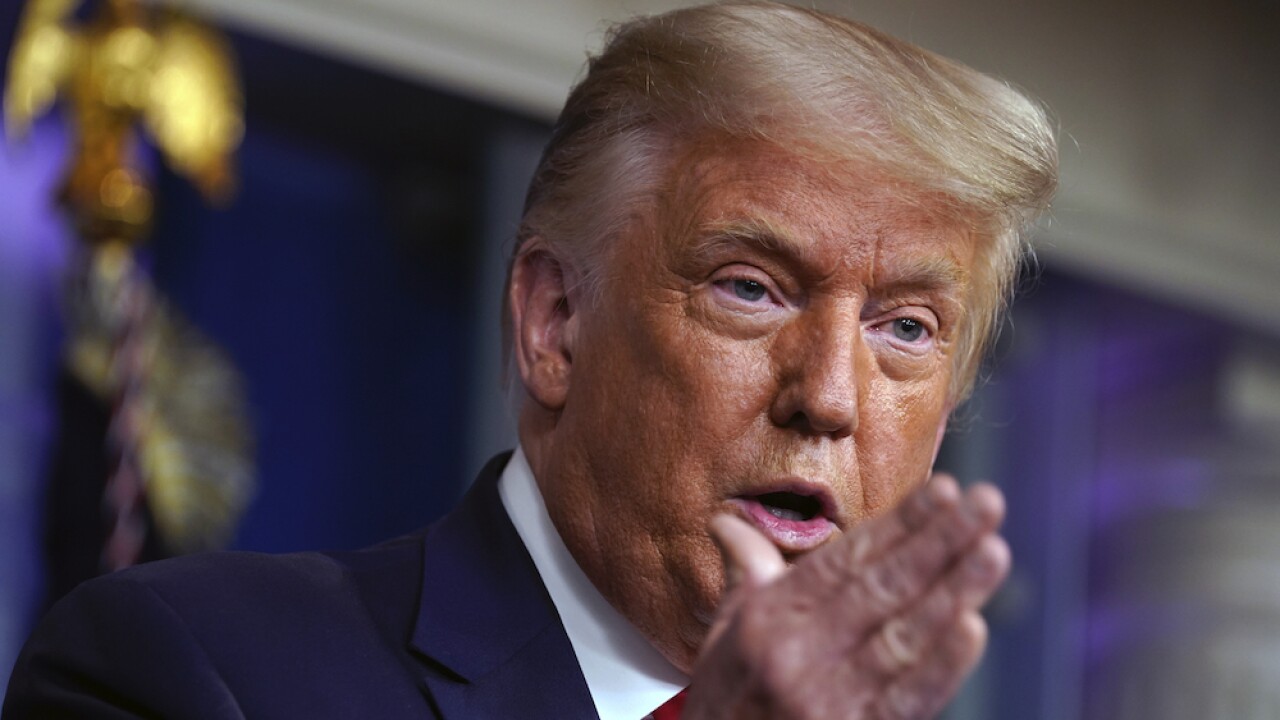 President Donald Trump says he did not address reports from U.S. intelligence agencies that said Russia paid bounties to the Taliban in exchange for the deaths of American soldiers in a phone call with Russian President Vladimir Putin last week.

Trump made the comments in an on-camera interview with Axios reporter Jonathan Swan.

Trump said his July 23 phone call with Putin was a call "to discuss other things," particularly nuclear proliferation.

The president also claimed that the report "never made it to his desk," even though several media outlets have spoken to administration officials that have said the report was included in a daily intelligence briefing in February.

Trump also referred to the intelligence as "fake news," and added that "a lot of people are saying that it's a fake issue."

When pressed on intelligence reports that Russia has supplied weapons to the Taliban, Trump seemed to justify the Russians' actions by citing the fact that the U.S. sold weapons to the Taliban when the group was fighting the Soviet Union decades ago. Trump also claimed that those reports had also "not reached his desk," despite Sec. of State Mike Pompeo's comments denouncing the arms sales earlier this month.

When asked directly if he reads his daily intelligence briefing, Trump said he "reads a lot" and that he "comprehends extraordinarily well, probably better than anyone (Swan) has interviewed in a long time."

Watch Trump's interview in the player below.

NEW: President Trump tells @jonathanvswan on #AxiosOnHBO that he didn't raise the issue of alleged bounties on U.S. troops during his call with Vladimir Putin last week: "That was a phone call to discuss other things." pic.twitter.com/daISvMFUE1