Peter Fantasia was awarded eight medals for his U.S. military service in a special ceremony Monday — a proud moment in the making for nearly 75 years. 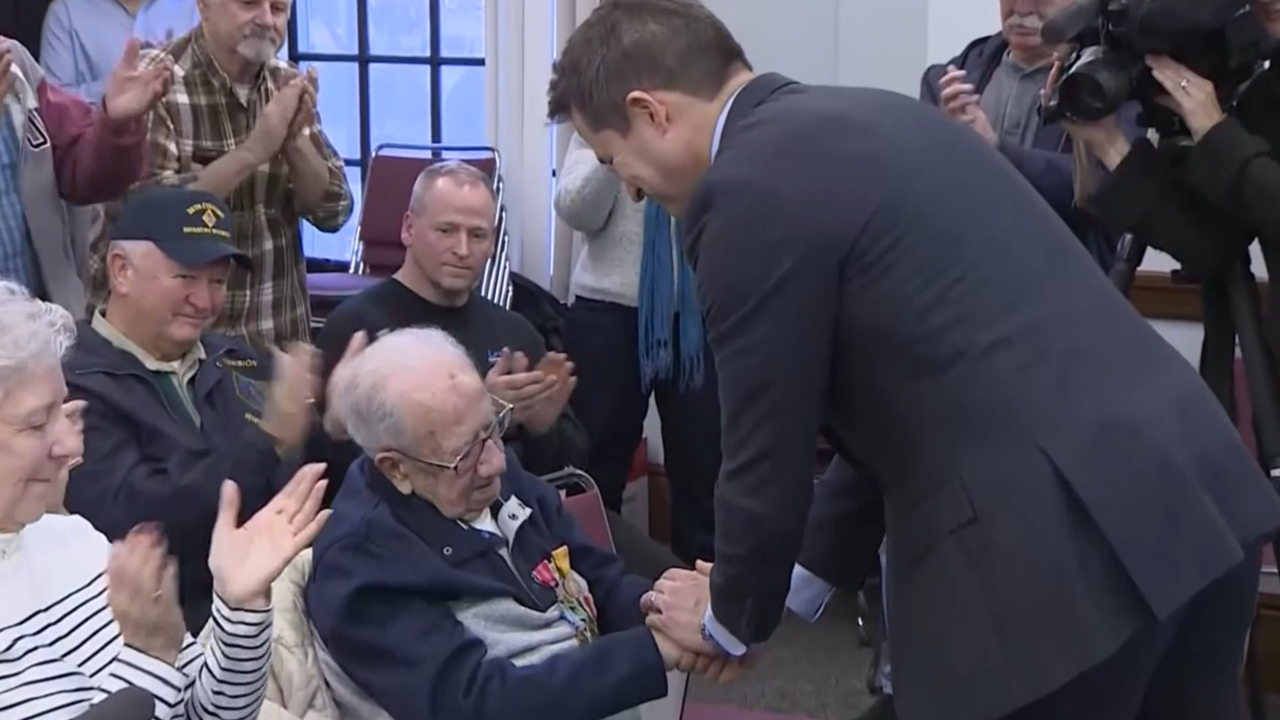 Peter Fantasia was awarded eight medals for his U.S. military service in a special ceremony Monday — a proud moment in the making for nearly 75 years.

“God has been good. I don’t know what to say," Fantasia, a 103-year-old World War II veteran, told WHDH.

U.S. Rep. Seth Moulton presented Fantasia with the medals, which included the Bronze Star, the Good Conduct Medal and the American Defense Service Medal, according to CNN. Fantasia, a Massachusetts resident, has also previously received the Silver Star, the nation's third-highest award for valor in combat, WHDH reports.

“He is a true example to the rest of the country and the community what American heroism is all about,” Moulton said at the ceremony.

Fantasia was as a medic with the U.S. Army and was captured while tending to soldiers in France in November 1944. He was held as a prisoner of war for six months. It took so long for Fantasia to get home that he didn't seek his medals, CNN reports.

“To us, he’s dad. He has always put other people first,” said Martha Mesiti, Fantasia's daughter. “But to have other people recognize how special he is — that’s amazing.”