'When, not if': Fauci reiterates confidence that viable vaccine will be ready by 2021 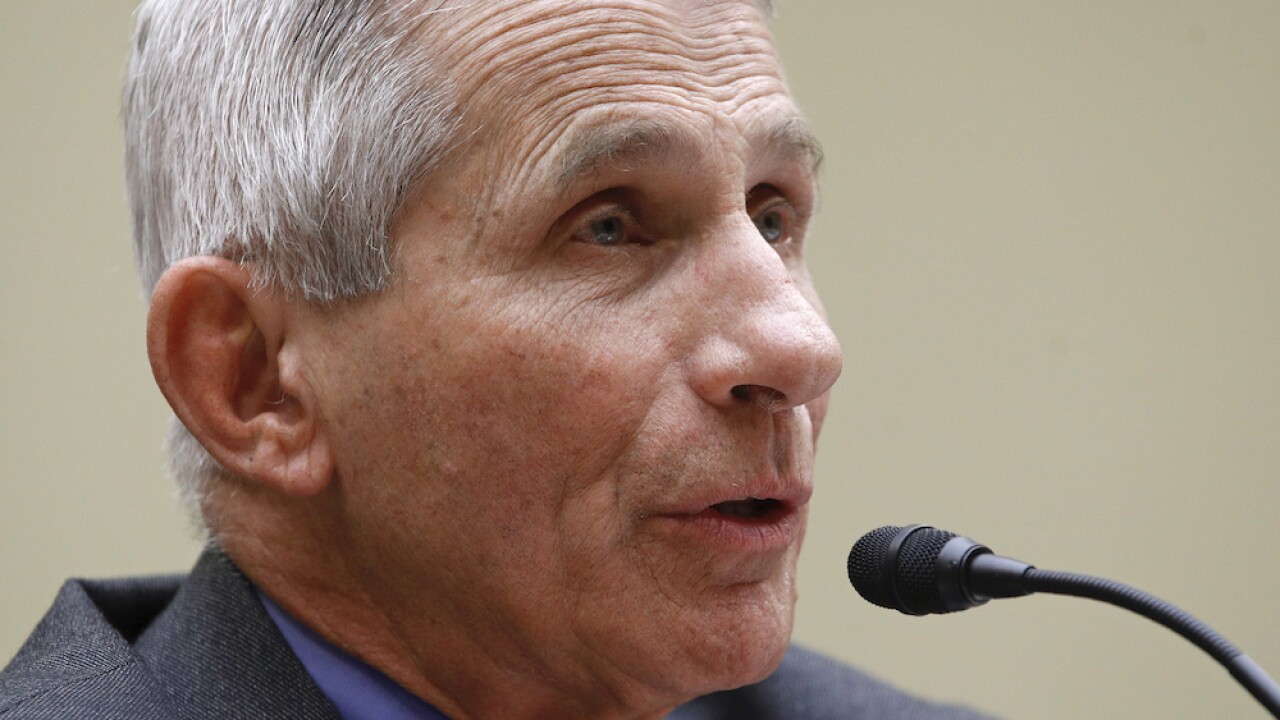 Copyright 2020 The Associated Press. All rights reserved.
Patrick Semansky/AP
Dr. Anthony Fauci, director of the National Institute of Allergy and Infectious Diseases, testifies before a House Oversight Committee hearing on preparedness for and response to the coronavirus outbreak on Capitol Hill in Washington, Wednesday, March 11, 2020. (AP Photo/Patrick Semansky)

During his opening comments at a Congressional hearing on Tuesday, Dr. Anthony Fauci — the nation's top infectious disease expert — reiterated his confidence that a viable vaccine for COVID-19 would be developed by the end of the calendar year.

Fauci says he believes that "it will be when, not if" that there will be millions of doses of a viable vaccine available by the end of 2020.

Fauci made those comments Tuesday before the House Committee on Energy and Commerce. He is testifying along with Dr. Robert Redfield, the head of the Centers for Disease Control and Prevention, and Dr. Stephen Hahn, the head of the Food and Drug Administration.

The hearing comes as coronavirus cases are rising in about half the states and political polarization is competing for attention with public health recommendations.

The nation is emerging from weeks of stay-at-home orders and business shutdowns. But that's being done in an uneven way, with some states far less cautious than others.

Fauci, formerly a fixture at daily coronavirus briefings held by the Trump administration at the White House, has continued to make regular media appearances. However, he has not appeared on camera at the White House in several weeks.

The hearing takes place just days after President Donald Trump said at a rally on Saturday that he asked officials in his administration to "slow down" testing capacity in order to keep the number of confirmed cases steady. During a briefing on Monday press secretary, Kayleigh McEnany said that Trump's comments were made "in jest."

However, in an interview with Scripps national politics editor Joe St. George, Trump did not specifically say if he asked officials to slow down testing, but added that "if it did slow down, frankly, I think we're way ahead of ourselves."