Michael Cohen to be released from prison; judge believes government retaliated for book 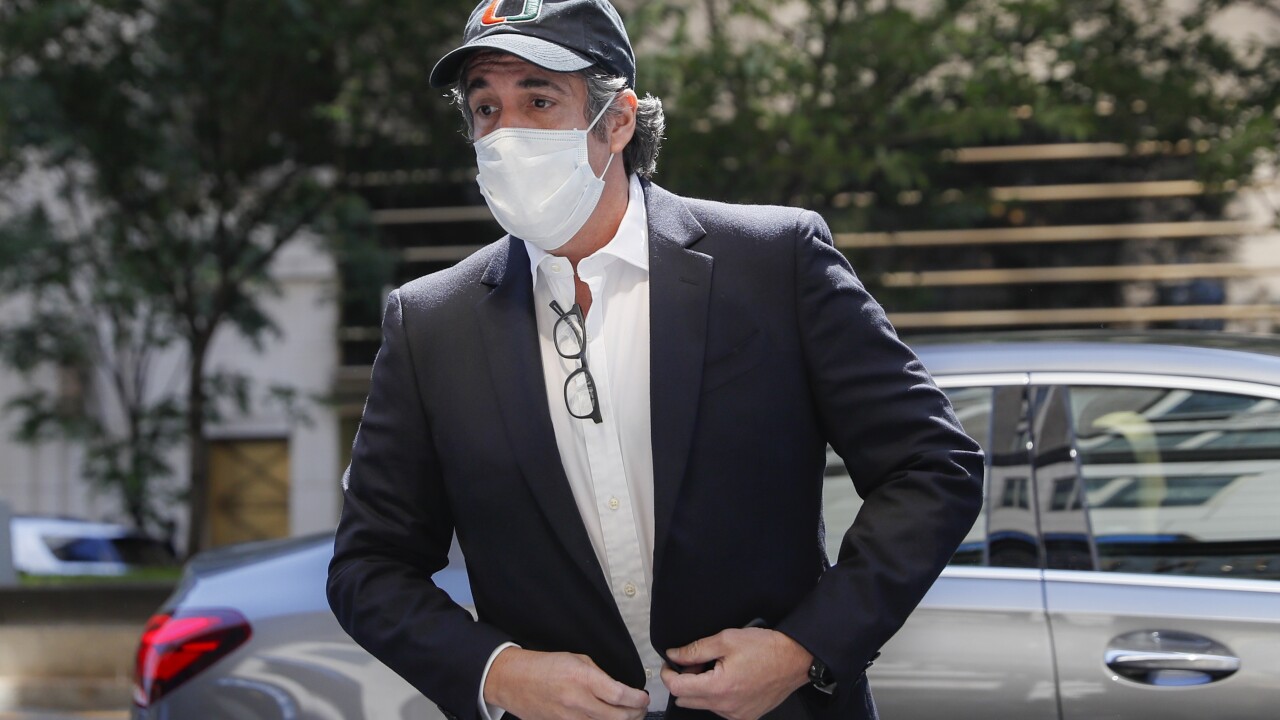 Copyright 2020 The Associated Press. All rights reserved.
John Minchillo/AP
Michael Cohen arrives at his Manhattan apartment, Thursday, May 21, 2020, in New York. President Donald Trump's longtime personal lawyer and fixer was released federal prison Thursday and is expected to serve the remainder of his sentence at home. Cohen has been serving a federal prison sentence at FCI Otisville in New York after pleading guilty to numerous charges, including campaign finance fraud and lying to Congress. (AP Photo/John Minchillo)

NEW YORK (AP) — A judge has ordered the release from prison of President Donald Trump's former personal lawyer, saying he believes the government retaliated against him for writing a book about Trump.

Cohen sued the government earlier this week, saying he was ordered back to prison on July 9 because he was writing a book to be released before the November presidential election.

Hellerstein said he believes Cohen's First Amendment rights were violated by the decision.

Prosecutors say Cohen was returned to prison because he refused to sign an agreement describing terms of his home confinement, not because he planned to publish a book critical of Trump.

Cohen was freed in May during a reduction of prison populations because of the coronavirus crisis. He had served one year of a three-year sentence after pleading guilty to charges including campaign finance fraud and lying to Congress.