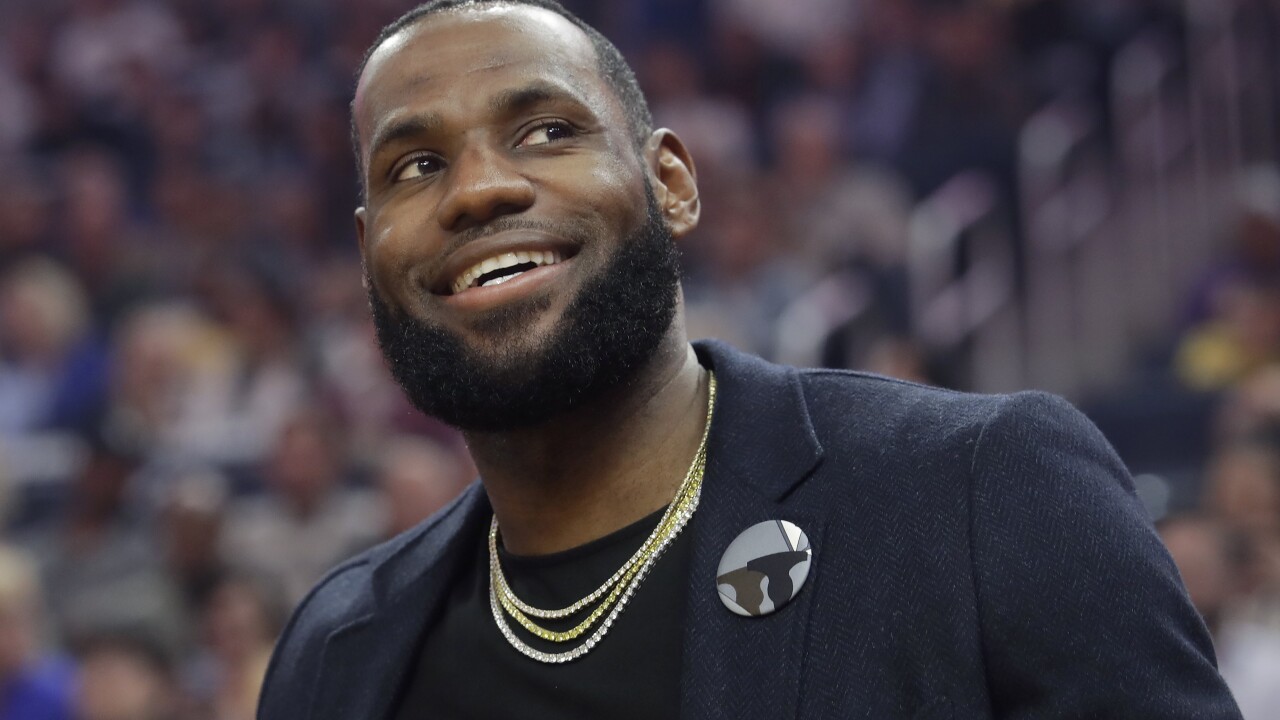 Copyright 2020 The Associated Press. All rights reserved
Jeff Chiu/AP
Injured Los Angeles Lakers forward LeBron James smiles from the bench during the first half of an NBA basketball game between the Golden State Warriors and the Lakers in San Francisco, Thursday, Feb. 27, 2020. (AP Photo/Jeff Chiu)

An organization started by NBA star LeBron James is donating $100,000 to help pay-off court debts in Florida, which will help ex-felons be eligible to vote later this fall.

A group called More than a Vote said it will donate $100,000 to the Florida Rights Restoration Coalition. More than a Vote was started by James and other Black athletes and entertainers, and focuses on voting rights.

This is a fight about their constitutional right to vote being denied. Learn more about how you can help at https://t.co/ASKCSX9b9l. @morethanavote https://t.co/LtGBRwo8LQ

Earlier this month, the Supreme Court chose not to get involved in a legal battle over a Florida law requiring ex-felons to pay all outstanding court fees and fines associated with their convictions before being eligible to vote.

The legal challenge now heads to another hearing on August 18, the same day as Florida’s primary election.

Amendment 4, passed by Florida voters in 2018, allowed most ex-felons to register to vote, with exceptions for those convicted of certain crimes.

In 2019, Governor Ron DeSantis signed into law additions to Amendment 4 that required fines, fees and restitution be paid first before ex-felons could register to vote.

There are roughly 1.4 million people in Florida impacted by the law.