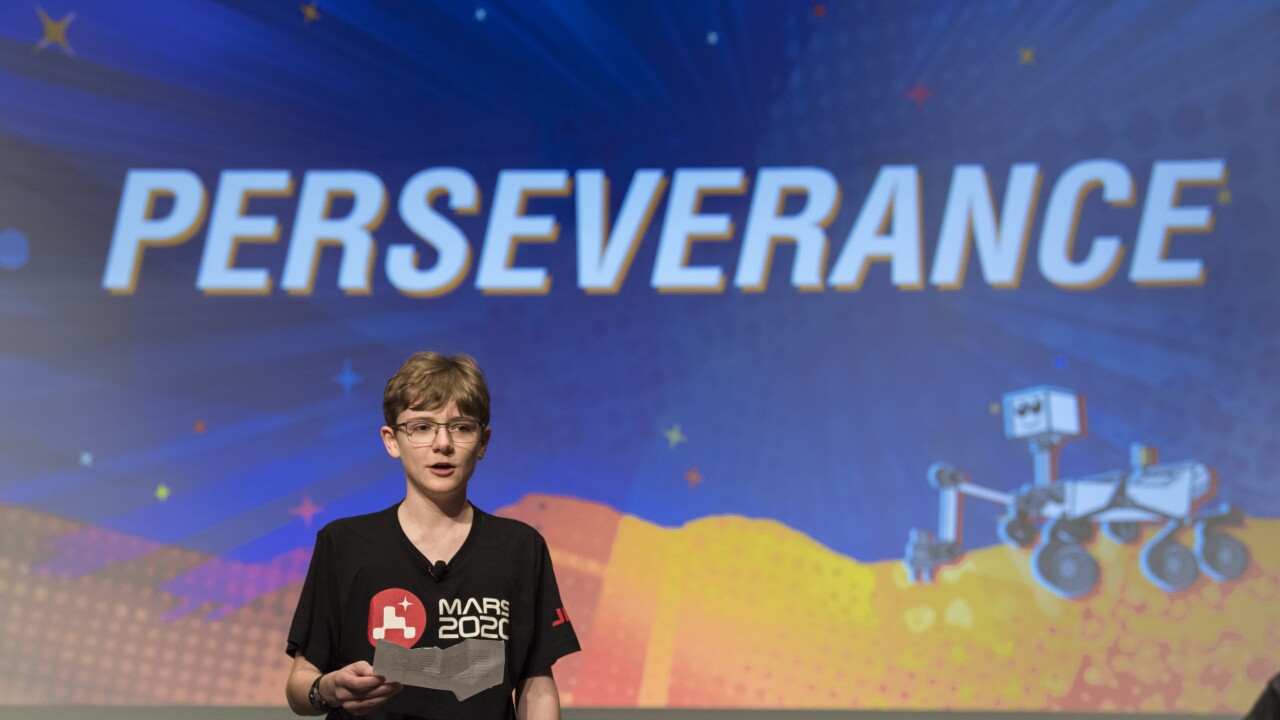 In this image released by NASA, Alex Mather, the student whose submission, Perseverance, was chosen as the official name of the Mars 2020 rover, reads his essay entry, Thursday, March 5, 2020, at Lake Braddock Secondary School in Burke, Va. (Aubrey Gemignani/NASA via AP)

The six-wheeled robotic explorer will blast off to Mars in July and collect samples for eventual return to Earth.

The name was suggested by Alex Mather, a Virginia seventh-grader, as part of a naming contest for U.S. schoolchildren.

The U.S. space agency announced it Thursday at Alex's school in Burke, Virginia, and he got to read his winning essay live on NASA TV.

Schoolchildren around the country submitted more than 28,000 essays last year.