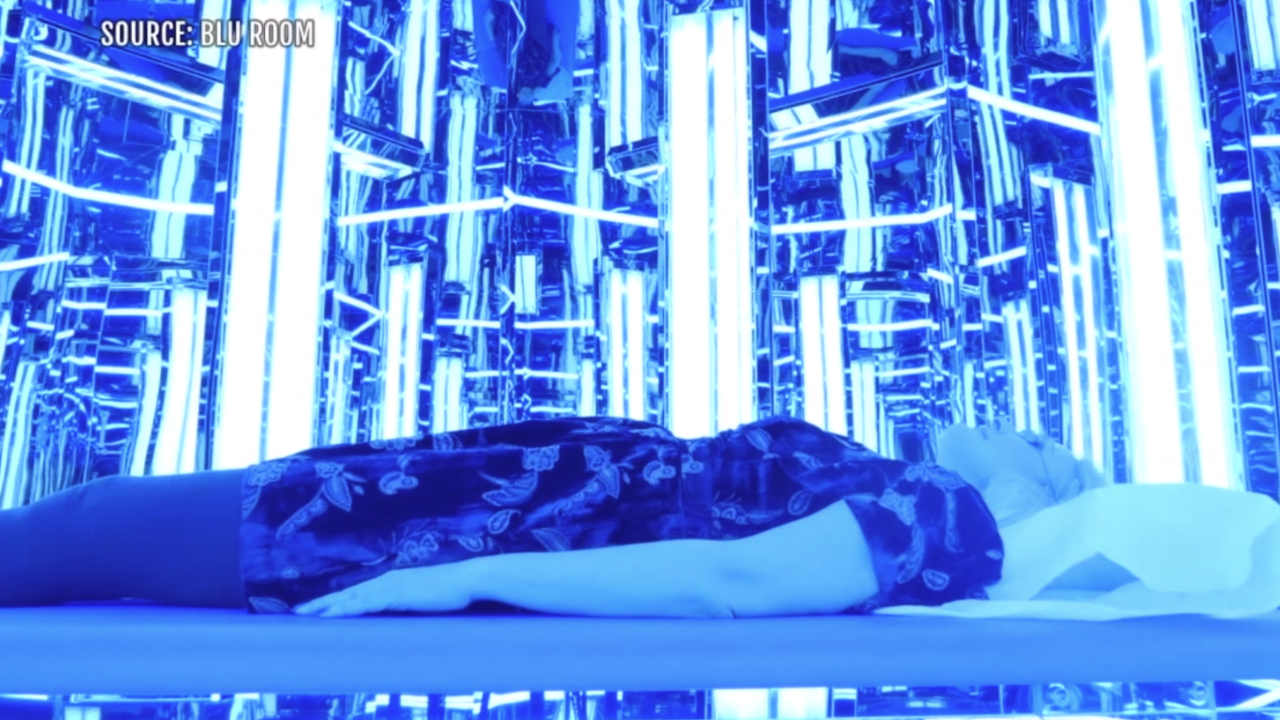 DENVER, Colo. – Aches, pains and stress are just a way of life as we get older, but there’s a new trend that claims to reduce all of those issues. It’s called light therapy.

Fitness instructor Christa Dellebovi is among those using the therapy.

“I teach seven to eight classes a week here at Rise Nation and I do my own workouts as well I lift weights 3 or 4 times a week,” said Dellebovi. "I feel it a lot of times at night. I lay down after the day and everything just tightens up, tenses up and after sitting at a desk for a while, I start to feel it in my hips and my joints just get tight."

It wasn't until Dellebovi was introduced to light therapy that she started noticing a difference.

It can be in the form of a face mask, a sauna or just a room filled with a certain colored light that's said to penetrate deep into the skin.

"Recently it has become popular with celebrities and the public in general in regard to inferred saunas, the idea being that it can help with inflammation,” said said Dr. Zeina Dajani. "Although, some studies have found the opposite."

It’s become so popular, the Venetian Hotel in Las Vegas opened the Blu Room using UV-B light, but Dr. Dajani says there are people who shouldn't use light therapy – those with autoimmune disorders.

"So, in that case, red and blue light may be harmful, but for the general public, they are safe."

This new trend isn't cheap. A single session can cost around $25.

So, whether you try it out, Dellebovi says it’s about more than just sitting under a light.

"The amount of noise we experience and constantly all day every day, I think anyone can benefit to take 10 minutes and just disconnect and spend a little time for yourself," said Dellebovi.