Statue of Robert E. Lee graffitied with 'this is racist,' 'impeach Trump' on Thanksgiving night 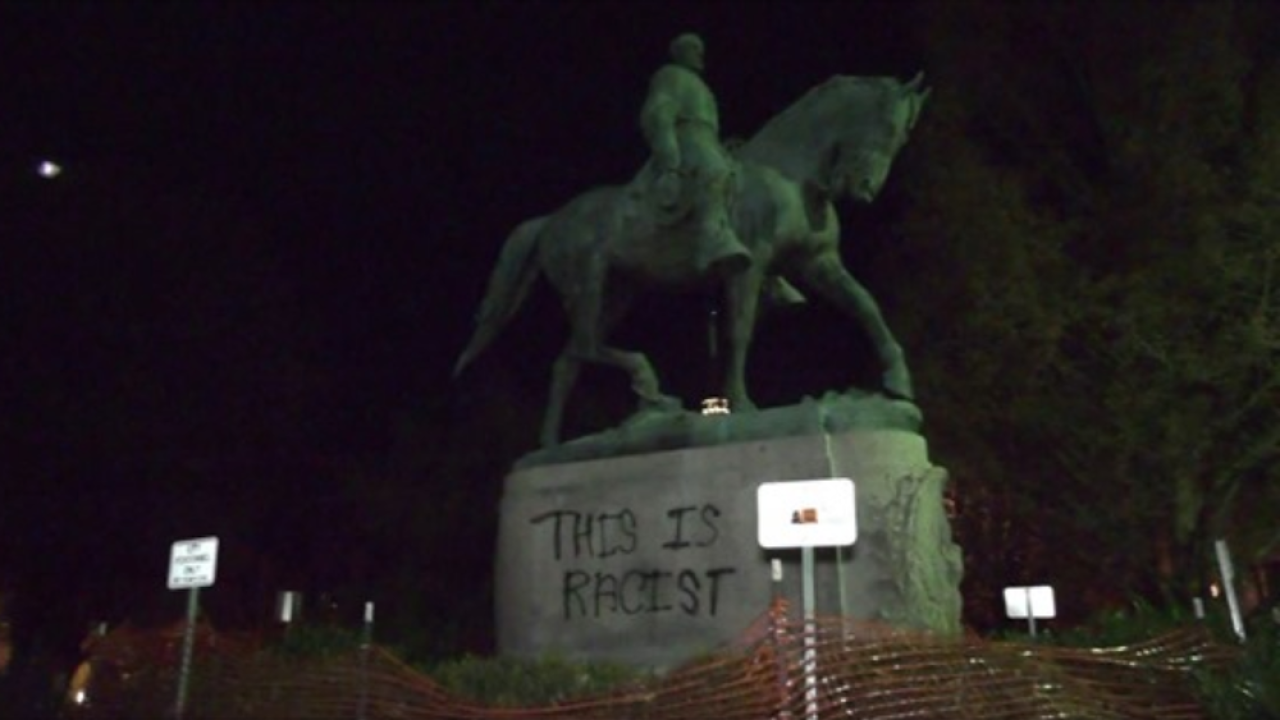 CHARLOTTESVILLE, Va. – Police are investigating after a statue of Confederate Gen. Robert E. Lee was vandalized on Thanksgiving.

The statue was spray-painted with the words "Impeach Trump" and "This is Racist" at some point Thursday night, according to police.

Police think the same person may also be responsible for tagging another Confederate monument.

Charlottesville was the site of an infamous rally of neo-Nazis and other hate groups in 2017, in which a counter-protester was killed in a car attack. The rally began as officials in the city considered proposals to remove Confederate statues. A federal judge blocked the removal of a statue of Lee in Charlottesville in September.

Anyone with information that could help investigators is asked to cal Crime Stoppers at 434-977-4000.

This story was originally published by WTVR in Richmond, Virginia.