The Trump campaign tells 13 Action News that President Donald Trump will travel to Nevada on the dates planned, and that additional details will be announced soon, after reports that his rallies this weekend were canceled. 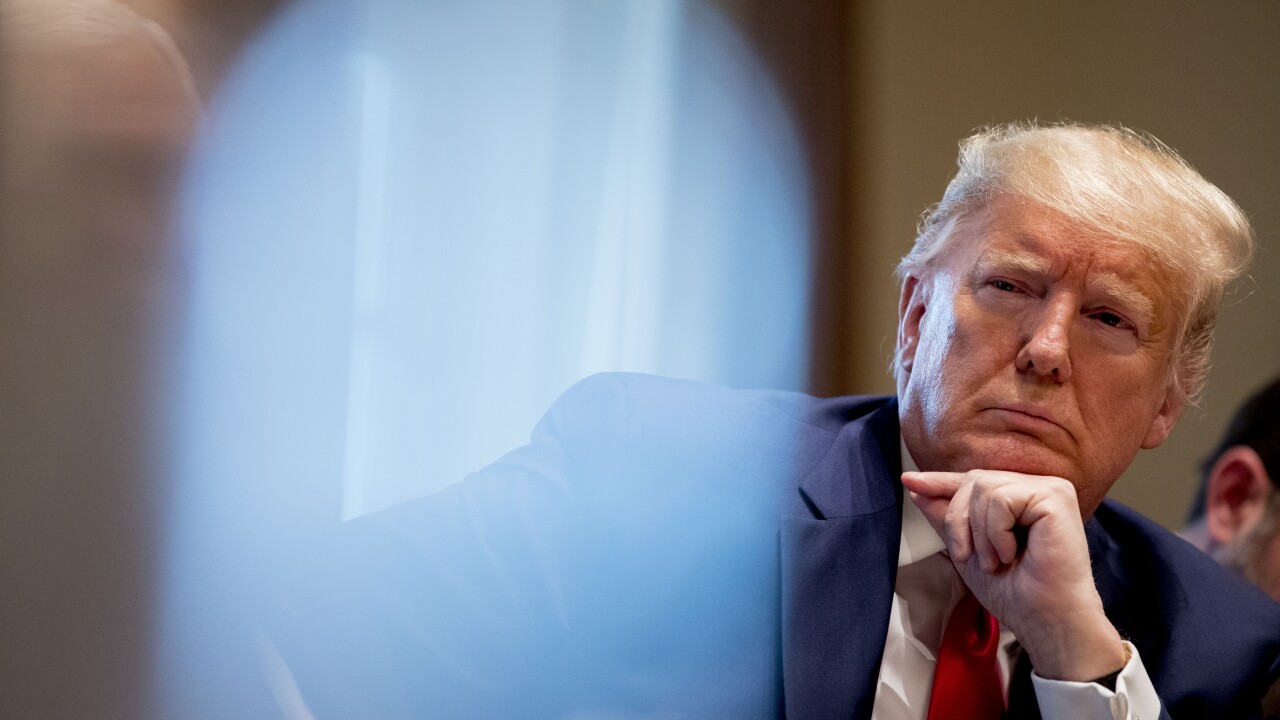 The Trump campaign tells 13 Action News that President Donald Trump will travel to Nevada on the dates planned, and that additional details will be announced soon, after reports that his rallies this weekend were canceled.

Mr. Trump was initially scheduled to visit Reno on Saturday to host a "Great American Comeback Event" and then visit Las Vegas for a second rally in the state the next day.

It is not clear if Trump is traveling for the rallies or for new events. 13 Action News has reached out for clarification.

The campaign is also accusing Democrats of trying to prevent Trump from speaking to voters but did not offer an example or explanation.

Read the full statement from Tim Murtaugh, the Trump 2020 communications director, below:

Democrats are trying to keep President Trump from speaking to voters because they know the enthusiasm behind his re-election campaign cannot be matched by Joe Biden – a historically weak candidate controlled by the radical left who could hold a campaign event in a broom closet. The President’s uplifting message of American greatness resonates with people, while everyone knows that Biden is a tool of the radical left who would raise taxes and tank the incredible comeback that is already underway. President Trump will be traveling to Nevada on the dates planned. Additional details will be announced soon.

Gov. Steve Sisolak, a Democrat, responded to reports of the canceled rallies on Twitter this morning, saying his office has not spoken to the Trump campaign about the rallies.

Read the governor's Tweets below:

The Governor’s Office had no involvement or communication with the event organizers or potential hosts regarding the proposed campaign events advertised by the Trump campaign.

Current statewide emergency directives include mandatory face coverings, limitations on public and private gatherings to no more than 50 people, and other measures to mitigate the spread of COVID-19.

McCarran Airport, one of the airports the campaign announced would host a rally, tells ABC News it has not been contacted by the Trump campaign about the event, even though the event had been announced days ago.

Up north, The Reno-Tahoe Airport Authority said in a statement that a campaign rally with a 5,000-person gathering would be in violation of their lease agreements due to Gov. Sisolak’s directive of no gatherings in excess of 50 people and that the event goes against Washoe County’s recommendation to limit the number to 25 or less.

Daren Griffin, president/CEO of the Reno-Tahoe Airport Authority, said in the statement:

“We would hold our tenants to the same standard whether it was a Democratic or Republican rally or any other type of gathering. We are complying with the Governor’s directive and Washoe County’s recommendation during a pandemic.”

Griffin continued and said, "After reviewing the lease, the airport’s attorney found the rally would be in violation of Directive 021 from the Nevada Governor. “This has nothing to do with politics. The letter we sent is about directives and safety and not political campaigns.”

This morning, former state AG Adam Laxalt, a Republican, said on Twitter that the reported cancellations were "Outrageous!"

He called them "partisan political retribution" and "unprecedented," though he did not offer any supporting evidence for those claims. Read his tweet below:

Outrageous! @realDonaldTrump rally venues in NV canceled. Welcome to Sisolak’s Nevada – home of partisan political retribution. This is unprecedented – to cancel an incumbent President’s campaign stop inside 60 days of a major contested election in a swing state. This isn’t over!

Similarly, the Nevada Democrats issued a statement responding to reports of the cancellations:

The fact that Donald Trump was even considering holding these unsafe events in the midst of a global pandemic is just the latest example of his poor judgment and complete disregard for Nevadans’ public health and safety. The state is currently reeling from a pandemic exacerbated by Trump's disastrous coronavirus response. Limitations on in-person gatherings in Nevada were established to fill the void in leadership created by Trump. Thanks to emergency directives implemented by state leadership, great progress has been made in controlling deadly outbreaks. Trump is only the victim of his own incompetence.