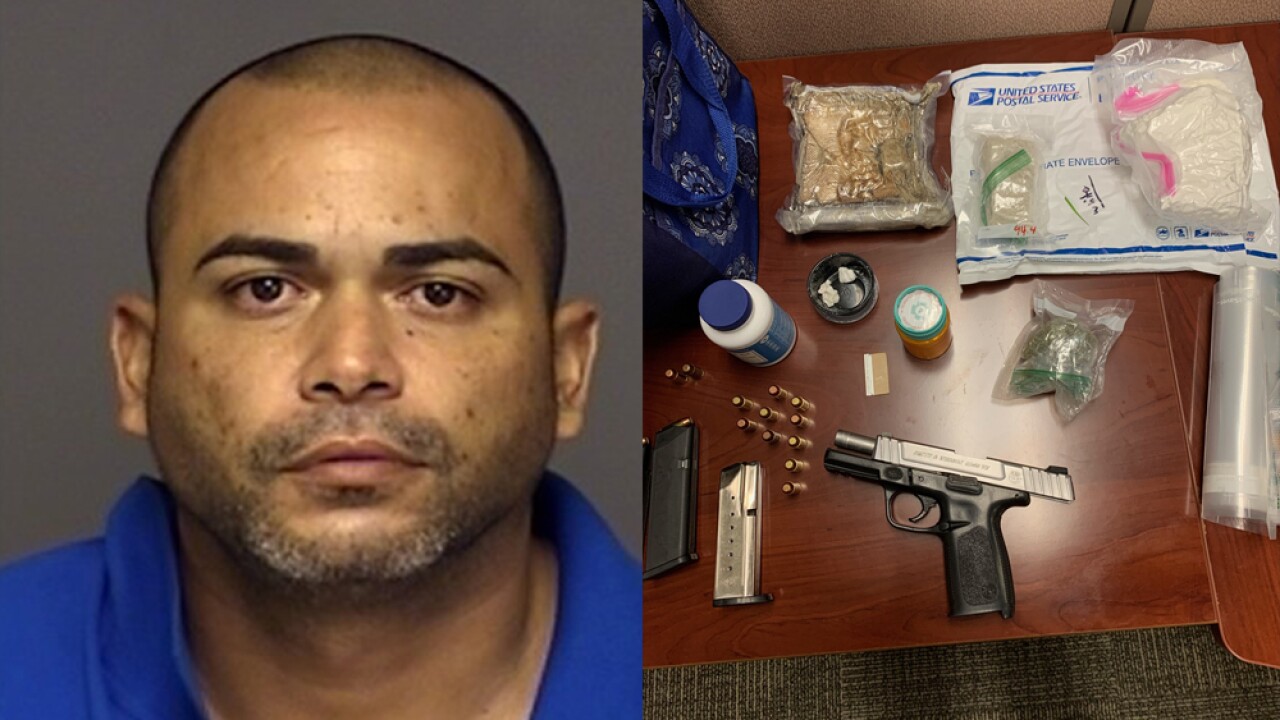 AVON PARK -- A traffic stop in Avon Park on Sunday led to what the Highlands County Sheriff's Office calls one of the largest drug seizures in recent memory in their county. Deputies confiscated enough fentanyl to kill nearly 40,000 people, as well as over a pound of heroin and nearly a pound of cocaine.

Around 7:40 p.m., Deputy Seth Abeln saw a blue Ford Focus on North Central Avenue that had a tag light out. After Abeln stopped the vehicle, Deputy Ben Jones and K-9 Gentry were called to do a free air sniff of the vehicle. According to the sheriff's office, Gentry indicated there were drugs in the car.

A search of the vehicle turned up:

The sheriff's office says a dose of 2-3 milligrams of fentanyl is enough to be deadly, meaning there was enough of the drug to kill 40,000 people using 2.5 milligrams as a fatal dose. To put that in perspective, that would be enough to kill nearly 40 percent of the people in Highlands County.

There was also a loaded handgun inside the car. deputies say. The driver, 40-year-old Ruben Ramirez-Rivera, was arrested and charged with:

● possession of heroin with intent to sell/deliver

● possession of cocaine with intent to sell/deliver

● possession of a weapon during commission of a first-degree felony

Rivera is being held without bond at the Highlands County Jail.

“I’m very proud of the work done by the deputies involved in this arrest,” Sheriff Paul Blackman said. “To take this amount of drugs off the street is a huge accomplishment, and our county is safer because of it.”